Posted by Stanley Onyechere on August 10, 2020
Inquiries  revealed that Nigeria’s universities are not in the reckoning of countries benefiting from the International Students’ Market, whose value has been put at over $100 billion annually.
Nigeria, which was once a choice of such students in the past, is now completely out of the list, realising almost nothing from the international students market.
Investigation by Newsmen revealed that poor infrastructure, unstable academic calendar are the main reasons for the development and that rather than drawing international students to the country, Nigeria has become a major exporter of students to foreign institutions.
According to a research conducted by Studyportals, a company based in The Netherlands and which specialises in linking students who want to study in foreign countries with their preferred universities, the top 10 countries of international students are; China, India, Korea, Canada, Japan, Germany, France, Mexico, Turkey and the United Kingdom, UK.
Quoting data obtained from the Organisation for Economic Cooperation and Development, OECD, Studyportals also listed the countries that raked in the highest revenue from international students in 2019.
According to the figures, the United States of America made over 51 billion Euro ( about $65 billion) from fees paid by foreign students that year.
UK made over €5.3 billion (about $7 billion), Australia $3.1 billion, Japan $ 2 billion, Canada $1.3 billion, New Zealand $1.1 billion, France $1 billion.

Others are Germany $500 million attributed to the fact that most undergraduate and postgraduate studies in public universities in the country are free, and The Netherlands $450 million.
Speaking on the development, National President of the Academic Staff Union of Universities, ASUU, Prof. Biodun Ogunyemi, heaped the blame on the government which, he said, had neglected the education sector for years.
Ogunyemi stated: “We cannot attract foreign students or even foreign lecturers until the lost glory of our universities and the education sector is restored. We must restore it to the 1960s and 1970s standards when people from other African nations and even from outside the continent were coming here to learn and teach. Then, nobody saw our certificates as inferior.
“In 2014, we toured varsities in Ghana and found out that almost 50 percent of the students came from Nigeria. The Ghanaian Government made a deliberate effort to make their nation the hub of education in West Africa. We can start to compete with our peers if we restore the lost glory. Ghana, Egypt and South Africa are places Nigerians flock to after Europe and the United States for university education. A time was when people from these countries were coming to learn and teach here. Then, we had competitive salaries, good infrastructure, modern facilities that can compare with those in other places.
“The then University of Ife, now Obafemi Awolowo University, was at a time regarded as the most beautiful campus on the continent. It is now struggling to stay afloat.
“UCH was and is still part of the University of Ibadan. That hospital boasted of many renowned medical doctors who were world beaters in their professions. Now, a local government chairman may see the same hospital as below the standard of hospitals that can treat him.
However, the Minister of State, Education, Chief Emeka Nwajiuba, on Sunday, in a reaction, said the Federal Government was doing its best to take education to a higher level despite its lean resources and competing demands.
“In the first instance, all public universities in the country have laws that established them. No university in the country discriminates against foreigners from coming here to learn. We are not discouraging or discriminating against any foreigner from coming to study here. That is why the Unified Tertiary Matriculation Examinations conducted by the Joint Admissions and Matriculation Board, JAMB, holds in some centres outside Nigeria.
“So, if foreign students find our facilities adequate enough to come and study here, we welcome them. Since this government came on board, a lot of efforts have been made to take education to greater heights, “he said.
On the claim that incessant industrial actions by university lecturers are not making coming to study in Nigeria attractive to foreigners, Nwajiuba, stated, “ASUU is a critical player in the university system. We have over 65,000 lecturers on government’s payroll. In the last 10 years, the number of public universities in the country has doubled and it is not that the government is making more revenue from the universities, he said. 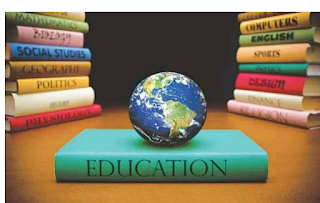