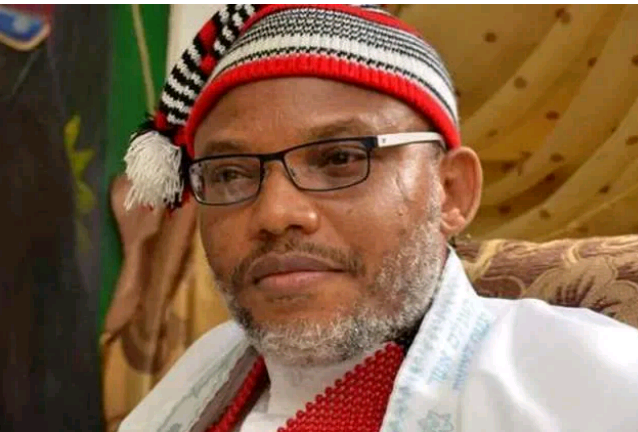 Leader of the Indigenous People of Biafra, IPOB, Mazi Nnamdi Kanu, yesterday, warned South East governors, particularly Abia and Imo State governors against betraying their respective states and the people South East in general, in the name of impressing the powers that be at Aso Rock and what it called their benefactors.
Mazi Kanu in a statement he made available through IPOB’s Media and Publicity Secretary, Emma Powerful, alleged that the cabal in Aso Rock is deceiving Imo State Governor, Senator Hope Uzodinma with an empty promise of Vice President of Nigeria in 2023, for him to give to herdsmen unfettered access to the state, like they deceived the Benue State government in 2018.
Kanu’s statement read: “This had always been their game plan. When they said it in 2018, we thought it was a joke, but today it has become a nightmarish reality for our people in Benue State.
“Hope Uzodinma, the governor of Imo State is working very hard to turn Imo State into another Benue State in return for an empty promise of Vice President in 2023.
“Abia State governor, Chief Okezie Ikpeazu now boasts of the two largest illegal Fulani settlements outside Arewa core north.

“If not for IPOB, these governors would have made similar claims about Abia and Imo States. Someday, Biafans will understand we IPOB are the last line of defense between them and total Fulani conquest Southeast governors have exposed them to.
“We are not Hausa peasants that betrayed their future generations by allowing themselves to be overrun by Fulani vandals, masquerading as herdsmen. We will continue to protect Biafrans with our lives.”