Posted by elitism6 on October 08, 2019
It will shock you that several young people have been indulging in it but they are hardly talking about it.
In recent times, several men have shown interest in putting their manhood in between the armpit of women.
A lady that experienced it in the Lekki area of Lagos state wrote to a relationship adviser, Joro Olumofin about it and since then, more people have been coming out.
Several men have also shown interest in having that kind of weird s*x. A lady also wrote to the blogger to help her out with such s*x for money.
Read the different accounts on Joro's page below: 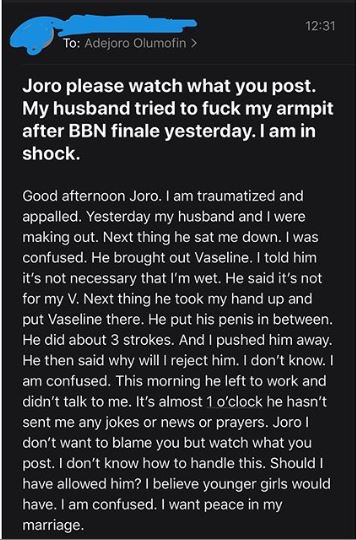 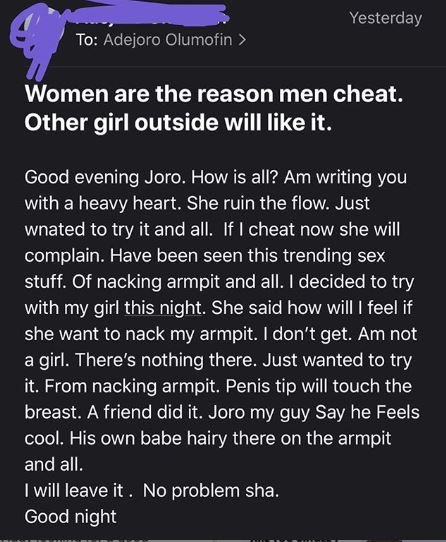 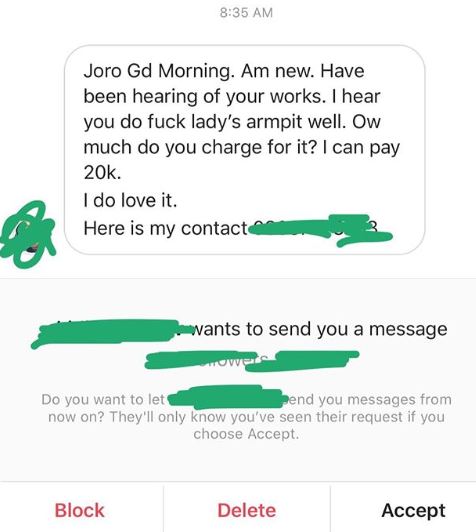