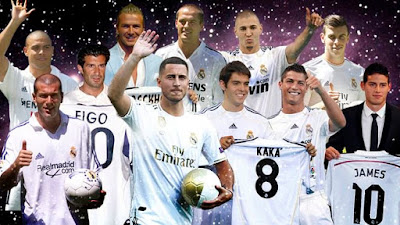 The Belgium international has struggled to hit top form since making a big summer money move from Chelsea last summer.
The 28-year-old has vowed to step up his game but Madrid fans are running out of patience as Hazard is yet to score his first goal for Los Blancos.
Madrid based news media outlet Marca, made an assessment of the winger and compared his slow start to former Liverpool and Man United striker Owen.
The past Galatico signing including Zinedine Zidane, David Beckham, Luis Figo, Ronaldo and Kaka began their careers at the Santiago Bernabeu with goals and assists.
However Owen failed to scored in his first six appearances for Los Merengues and finally opened his account in a Champions League clash against Dynamo Kiev on October 19.
Hazard is yet to find the back of the net in his first competitive matches and his level of fitness has been called into question.
But fans have dragged the Belgian captain on Twitter after his latest below-par performance in the goalless draw at Atletico Madrid.


But Hazard's club and international teammate, Thibaut Courtois has come to his strong defence, saying: "He has to find his rhythm.
"He went four or five weeks without playing and without training much.
"He’s come in during a spell of a lot of matches and will gradually improve. He will continue to grow as the team is doing."
Edin Hazard Real Madrid