#OSCARS2020: Not Everybody is ok With the Entry of Genevieve's Lion Heart Movie (Read Reactions)

Posted by elitism6 on October 04, 2019
Mixed reactions have trailed the nomination of LionHeart, a movie by Genevieve Nnaji for the 2020 Oscars. 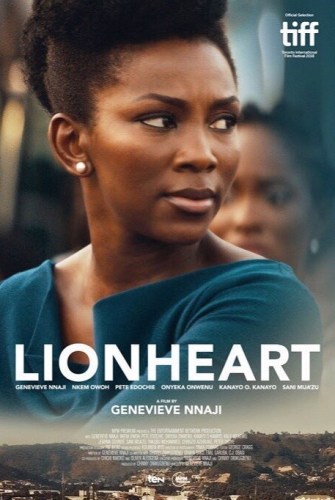 Nigerians have continued to express mixed reactions over the nomination of LionHeart, a movie by veteran Nollywood Actress, Genevieve Nnaji, for the 2020 Oscars.

The News Agency of Nigeria (NAN) reports that Nigerian Oscars Selection Committee (NOSC) had on Wednesday, Oct. 2, picked Genevieve’s ‘Lionheart’ as the country’s submission to the International Feature Film category of the 2020 Oscars.

The group also announced the selection following a statutory vetting and subsequent voting of entries received from Nigerian filmmakers at home and in the diaspora.

The nomination has, however, sparked several reactions on the social media where fans commended the acctress for the nomination and some pointed at another movie, ‘King of Boys’ by Kemi Adetiba, as being more qualified.

@AyamDamiee said “Sincerely speaking, I will still rate King of Boys over Lionheart. Yes, Lionheart is not that bad, but it’s overrated. There is nothing really special about the movie.”

@Adunni_Achebe said “I haven’t seen this king of boys flick but why can’t we just be happy for Genevieve and Lionheart making the list.
Must we compare both? What is wrong with you people? The insatiable desire to always compare stuff needlessly is an early sign of an ‘efulefu’.”

@HitzLuzick tweeted “King of boys is a nollywood movie that ran for 3 hours and still got the audience yearning for more like 3hours wasn’t such a drag in the first place but aunty kemi kept us glued like top bond, class!”

@obynofranc tweeted, “Nigerian producers will do anything to pay influencers to discredit Lionheart and bring up King of Boys. Sorry, Genevieve Nnaji said what she said. You people make up fake box office gross and she has blacklisted your award shows. Keep crying.”

@The__Oluchime said, “Most of the people who are crying that King of Boys should have been submitted for the Oscars instead of Lion Heart are just low-key bitter. The fact that a movie is full of action or interesting doesn’t make it Oscar worthy. Most of the movies that win Oscars are even dry, to be honest.”

@obi_Nwosu tweeted, “I love Genevieve Nnaji’s ‘Lionheart’, i love king of boys, i love Chief Daddy. Nigeria can submit only one movie for the 2020 Oscars. Lionheart was picked, let us all support Genny.”

NAN reports that the popular actress, who could not contain her joy took to her instragram page to react to the nomination and also appreciate her fans for their wonderful support.

“The Nigerian Oscar Selection Committee has chosen @lionheartthemovie to represent Nigeria for the 2020 Academy Award for Best International Film!

“This is the first entry ever for Nigeria. It’s an honour to be a part of such a pivotal moment in the history of Nigerian cinema.

“A moment we know will be replicated as our stories continue to resonate with audiences around the world.

“On behalf of the entire LIONHEART team and TEN Productions, we are grateful for this recognition and proud to carry the torch. Thank you all for the love and support thus far,” she wrote.

The movie ‘LionHeart’, which happens to be the first ever entry for Nigeria, was Produced by Chinny Onwugbenu and directed by Nnaji.

The movie was premiered at the 2018 Toronto International Film Festival (TIFF) and was acquired on Sept. 7, 2018 as first Netflix original film produced in Nigeria.
Genevieve Nnaji Movies nollywood