Posted by elitism6 on October 18, 2019
Among many other distinguishing qualities Evang. Joel Andre Gilenya remains a role model many looks up to in Nigeria
A cashier government house, Taraba state Evang. Gilenya carries out his duties diligently and with the fear of God. A philanthropist who in his gesture offered Scholarship to 5 pupils in his district in Taraba. 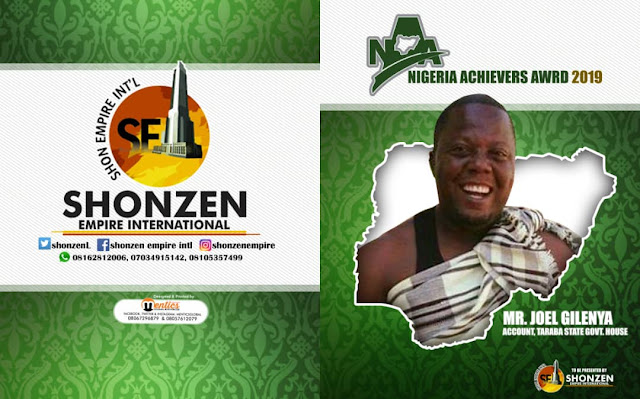 He is the Proprietor of Raddai Metropolitan School Jalingo. One of the best secondary schools in Taraba state. He has attended several educational institution and bagged several academic qualification. Several awards to his name due to philanthropism. He has traveled to many places and a family man of repute. He is also a dedicated staff in the Taraba State Government office.

A humanitarian, educational philanthropist And highest bidder in promotion of mumuye cultural heritage hence his love and support for Mumuye youths both financially, educationally, morally as an evangelist.

His being on the list as one of the recipients of this prestigious award is not by chance because, Evang. Joel Andre Gilenya is no doubt a man of outstanding virtues.
featured Taraba