Posted by Stanley Onyechere on October 13, 2019
No Bra Day is an annual observance on
October 13 on which women are encouraged to
forgo wearing a bra as a means to encourage
breast cancer awareness.

Most social media users have a wrong perception about this cancer awareness program, which is aimed at educating the Girl child on breast cancer.

No Bra Day was
initially observed on July 9, 2011, but within
three years it had moved to October 13, the
month of National Breast Cancer Awareness
Month. Users on social media are encouraged
to post using the hashtag #nobraday to
promote awareness of breast cancer
symptoms and to encourage gender equality and not to post nudes. 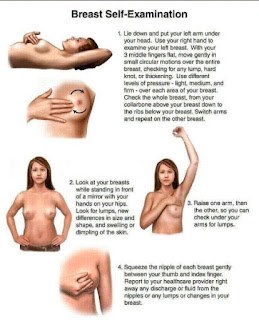 . Some women
embrace No Bra Day as a political statement
while others prefer the comfort of discarding
what they view as a restrictive, uncomfortable
garment.