Posted by Imsu Elijah on August 01, 2019
A young Promising young man was shot at IMSU Front gate Wednesday 31st July. He has been identified as VICTOR known also as Bomber.

He is not a student of IMSU. He stays at emerald hostel Front gate., he is said to be an ex cultists and a student of Alvan. He was shot in front of his phone repair shop. Meanwhile 1 of the boys involved in the shooting has been caught by Sars. RIP.... SAY NO TO CULTISM 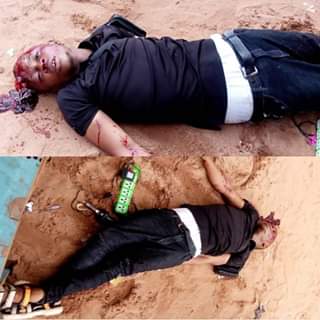