Posted by Imsu Elijah on August 02, 2019
No SUG Candidate was Disqualified, IMSU Management Debunks Rumor
The attention of the digital dean of student affairs Imo State University has been drawn to a baseless and unfounded social media gossip contained in a write-up purportedly written by a non-compliant of the institution and wish to state in clear terms that the writer of the misleading story is not an employed staff of the University nor a member of the electoral commission and at such enjoys no prerogative immunity to disperse such highly sensitive information. 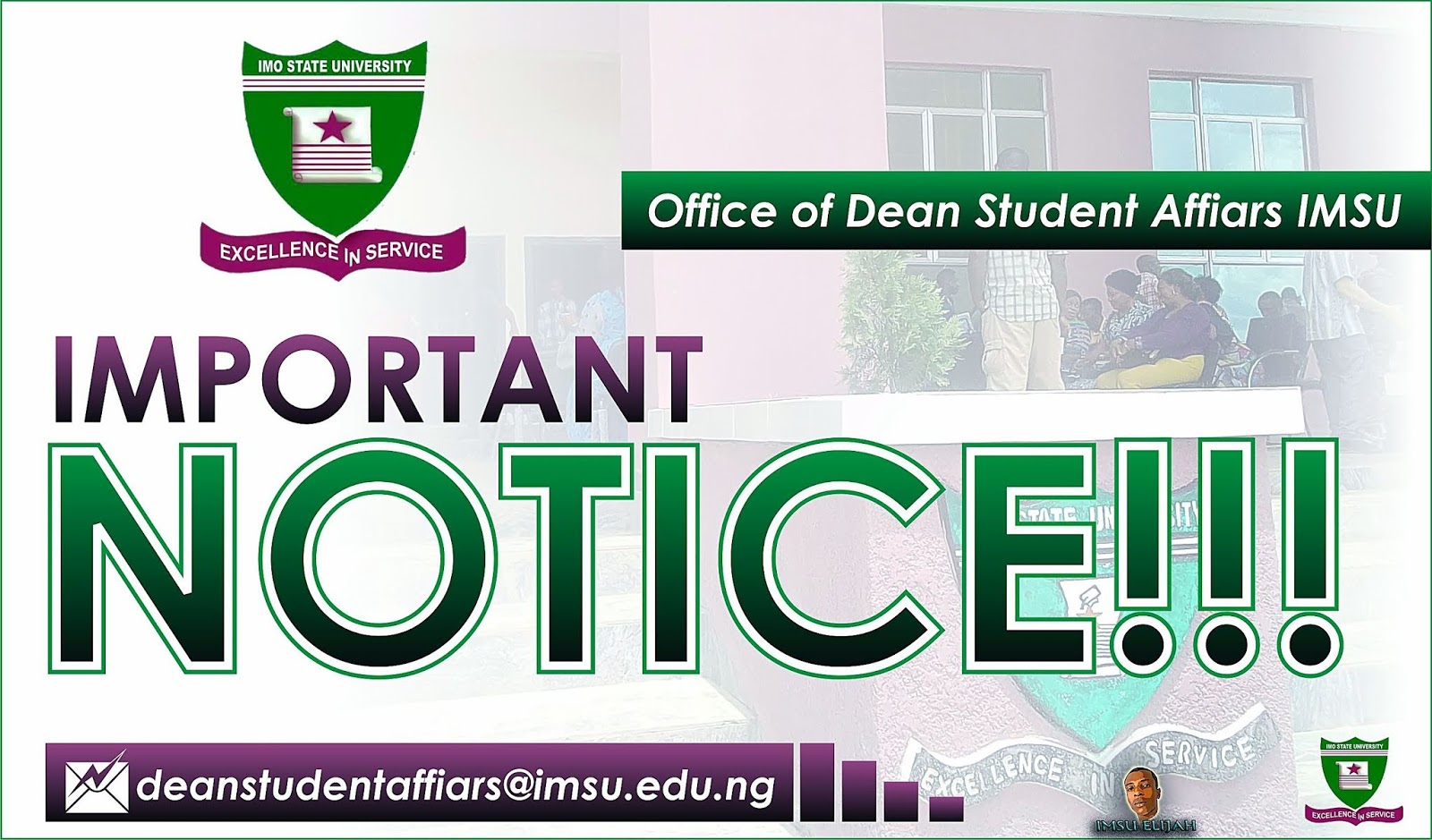 The Prof. (Mrs.) Adaobi Obasi led administration and Prof. Martins Uchenna overseeing the student affairs division is one endowed with charisma and panache, and can never stoop so low to revealing sensitive information of such magnitude to an ex-student nor carrying out any detrimental action(s) as the integrity of the University is paramount.
It is on record that since the digital dean of student affairs assumed office, Prof. Martins Uchenna has been fair and neutral in his judgment and actions to the entire student community such that his actions has attracted commendations from all and sundry.
To set the records straight, no candidate was screened out from the contest of the SUG election. The election date was only shifted from 9th to 16th August and sales of form reopened to accommodate more persons in the contest. Thus if interested in joining the race, meet your respective faculty SEC reps.
It is also noteworthy that it is the duty of the department of state security service (DSS) to form the basis of any disqualification notice to the general public, and not some unscrupulous element(s).
Therefore, it is unfair for anyone to say or try to create an impression that the school Management disqualified any SUG candidate(s) having taken the above stands.
Finally, the School Management wishes to advise the writer to kindly confirm properly any issue before making any allegations or comments. We therefore urge all Imo stars to keep being peaceful and law abiding as the electoral commission is ever ready to carry out its constitutional role of conducting a free, fair and transparent poll.
ELIJAH MADUBUIHE (NEWS EDITOR STAR NEWSPAPER)
FOR AND ONBEHALF:
PROF. MARTINS UCHENNA
(DEAN STUDENT AFFAIRS DIVISION, IMSU)
GEORGE EKEOMA
(ELECTORAL CHAIRMAN)
IMSU