Barcelona preparing to open talks with PSG over Neymar transfer

Barcelona are preparing to begin talks with Paris Saint-Germain over the signing of Neymar.

The Ligue 1 champions have been steadfast over their asking price for the Brazil international and have been sticking to their €222 million (£200m/$249m) valuation of the player they signed from Barca in 2017.

There may well be movement on that price, however, with the 27-year-old keen to make the return to Camp Nou and the Liga giants getting ready to make an official offer in the coming days. 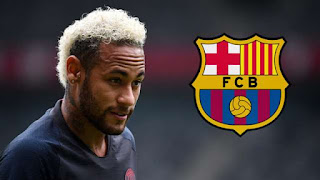 And while Neymar has since returned to training with the French club, he has played no part in their pre-season preparations and had to watch from the stands as his team-mates beat Rennes 2-1 to win the Trophee des Champions on Saturday.

Sources have told Goal that the Ligue 1 side are aware of the player's desire to re-join Barca and the transfer may well have already happened had the potential buying team not been the Catalans.

PSG Neymar Mbappe
That's because relations between both clubs have soured ever since Neymar made the decision to quit Barca, in somewhat acrimonious circumstances, and make the move to France.

As a result, PSG will not make it easy for Ernesto Valverde's side to complete a transfer although they will be acutely aware of the negative impact a continued saga will have on the club ahead of the start of the 2019-20 campaign.

To that end, time is running out for Barca to get any potential deal done, with Ligue 1 kicking off on August 9, while the new La Liga season officially gets started a week later, on August 16.

Despite Malcom having joined Zenit in a deal that could rise to €45m (£41m/$50m), Barca still need to raise further cash to help fund a move for Neymar.

Rafinha Alcantara is set to leave in the coming days, while Philippe Coutinho would almost certainly need to be moved on to make room for his international compatriot and Ivan Rakitic is another who remains up for sale.

As reported by Goal in November 2018, 'Operation Neymar' had already begun in earnest and although there were doubts amongst the Barca board over the merits of bringing back the Brazilian, there is now universal agreement that the transfer would be a positive.

PSG, meanwhile, have publicly stated their determination to retain Neymar, with Kylian Mbappe and Edinson Cavani having stated that they want him to remain, while head coach Thomas Tuchel has frequently insisted that it's a matter to be resolved between the player and the club.

Marco Verratti has also spoken out over the rumours, although he suggested the 27-year-old should be allowed to move on if it's his desire to exit the Ligue 1 champions.

It remains to be seen how negotiations will play out between Barca and PSG as the Parisians remain intent on receiving the maximum possible fee for one of their prized assets.

But with the Catalans making that first move to initiate talks, there may well be movement on the price, especially if the player attempts to further force the issue and his situation at Parc des Princes becomes untenable.