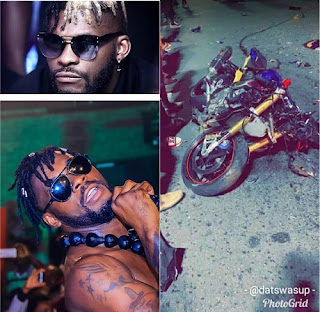 Popular Ivorian Singer and Disc Jokey DJ Arafat have passed away with many pouring in tributes. In another twist of things back in 2018 his death was actually predicted by an Ivorian Prophetess.

According to a report by bblackafrica.tv, a prophetess identified acatually warned that the popular Deejay might lose his life if he did not reconcile with a certain family he was feuding with.

The prophetess and president of the NGO MINOGE, Bénie Marthe is very respected in a Christian environment in Ivory Coast. In March 2018, while speaking on Abidjanshow, she made shocking revelations about Dj Arafat.

"God asks Arafat Dj to work hard for the happiness of widows and orphans. He has to help these people because they need him "

She then made emphasis on the fued between Arafat and the family of young Marc Nai.
"In this conflict between Arafat Dj and the Nai family, the artist has the means to cope. Arafat Dj will get by. But the devil is shaking his tail. His enemies want to defeat him. And, if he is not careful, this case may lead to his death. "


According to her, Dj Arafat was a blessed child pursued by the devil.

However many artistes have been paying their tribute with davido being among the most recent ones, He took to his IG account to share pics of him and the DJ Arafat to pay his last respect.