The executives of Front-Gate Alliance, Imo State University led by Snr. Comr. Tochukwu Uzoamaka which were officially inugurated on 18th May, 2019, made their first courtesy visit to the Orji Police Station on 31st May, 2019. Orji police station is one of the strongest pillars of the Alliance in students security aspect.

The courtesy visit was meant for formal introduction of the new executives to the station, relationship building and strategizing on how to improve in security standard of the Alliance.

Insp. Ude -Umanta S. P, who is currently the Director Police Officer (DPO) of the station expressed his happiness on the decision the Alliance Executives took in meeting with them.

As the interaction went on on security challenges facing the students in the Alliance the DPO made a solemn promise to always work with the new Executives in security the lives and properties of the students which he admitted are their primary duties and he urged the Alliance president and all the executives to assist the police men in discharging their duties effectively in the Alliance by Implementing a policy that no students activity should exceed 10pm in the Alliance.

"Every student must be in his hostel once is 10pm and anyone caught outside by the police must be arrested as his team will be always present in the Front-Gate Alliance, and once he/she gets to the station there must be payment which will make him learn a lesson. "

The DPO, Mr Ude Umanta, brought the idea of introducing Neighborhood Security Watch (NSW) among the Alliance students for the purpose of settling minor security issues among the them and the use of whistle to communicate with neighbors when there is danger.

The President on behalf of the Alliance appreciated the work of the police men in the Alliance and pleaded with him to apply more effort in stopping robbery, cultism, rape, drug abuse, unlawful arrest and detention of students by the police (Though denied) which sometimes happen and always be the friends of everybody as they claim to be in order to make the Alliance comfortable for every occupant. 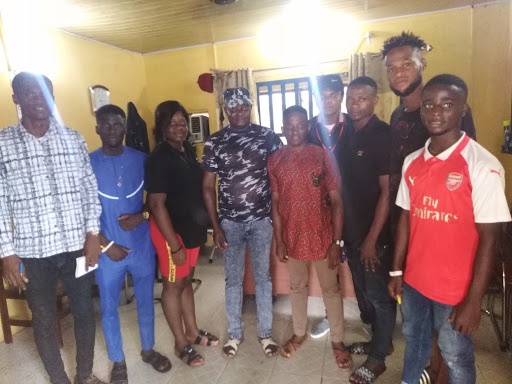