Posted by Stanley Onyechere on May 17, 2019
The Economic and Financial Crimes
Commission has preferred 11 charges
bordering on fraud against the embattled
musician, Azeez Fashola, aka Naira Marley,
for alleged credit card fraud.
The charges with suit number, FHC/L/178C/19
were filed before a Lagos State High Court on
Thursday.
Some of the credit cards, according to the
EFCC, bore the names Nicole Louise Malyon
and Timea Fedorne Tatar.
The alleged crimes were in contravention of
the Money Laundering (Prohibition) Act and
the Cyber Crimes Act.
The charges read in part, “That you, Azeez
Adeshina Fashola, aka Naira Marley, and
Raze (still at large), on or about the 11th day
of December 2018, within the jurisdiction of
this honourable court, conspired amongst
yourselves to use Access card
42658840359191132 issued to persons other
than you in a bid to obtain gain and you
thereby committed an offence contrary to
Section 27(1)(b) of the Cyber Crimes
(Prohibition, Prevention etc) Act 2015 and
punishable under Section 33(2) of the Same
Act.
“That you, Azeez Adeshina Fashola, aka Naira
Marley, and Raze (still at large), on or about
the 10th day of May 2019, within the
jurisdiction of this honorable court, with
intent to defraud possessed, counterfeit card
4921819410257431 issued to Timea Fedorne
Tatar and you thereby committed an offence
contrary to and punishable under Section
33(9) of Cyber Crimes (Prohibition, Prevention
etc) Act 2015.”
The musician risks seven years in jail if found
guilty, as Section 33 (2) which he was accused
of breaching, reads, “Any person who uses: a
counterfeit access device; an unauthorised
access device; an access device issued to
another person; resulting in a loss or gain
commits an offence and shall be liable on
conviction to imprisonment for a term of not
more than seven years or a fine of not more
than N5,000,000.00 and forfeiture of the
advantage or value derived from his act
Meanwhile, his management company, Cash
Ellz Entz, also has released a statement
demanding his freedom.
The outfit released the statement on
Thursday.
Naira Marley, who is controversial for
repeatedly praising internet fraudsters,
popularly called Yahoo boys, in his songs and
on social media, has been detained by the
EFCC for nearly a week.
He was arrested in connection with an
alleged case of internet fraud and money
laundering.
EFCC spokesman, Tony Orilade, earlier
confirmed that Naira Marley would be
charged to court because “There is
overwhelming evidence against him.”
But the musician’s management has said the
EFCC was using the ‘Issa Goal’ singer as “a
scapegoat for cybercrime in the nation.”
“The items found on Naira Marley does not
belong to him. Items retrieved were borrowed
so he can upload music, videos, and record
while visiting Nigeria.
“Naira Marley does not practice fraud and
does not facilitate it,” it said.
The singer splits his time between London
and Lagos.
They also added that their artiste was
innocent and only guilty of “Freedom of
Speech.”
His arrest followed an early morning raid at 9,
Gbangbola Street, Ikate, Lekki, Lagos.
At the point of arrest, the commission said it
found and recovered a number of items,
including laptops from the suspects.
The commission said Naira Marley has so far
volunteered useful information about his
involvement in the alleged criminal activities,
even as investigations continue. 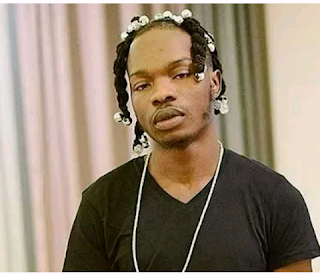