Posted by Stanley Onyechere on May 26, 2019
The Police in Anambra State they have
arrested three persons in military uniforms
for allegedly kidnapping a businessman, Mr.
Uchenna Ezeonu at Ekwulobia in Aguata Local
Government Area of the state.
In a statement on Saturday, the Public
Relations Officer of the state’s Command, Mr
Haruna Mohammed, said that the suspects
were arrested in a bush near the Uyo-Eke
Market.
Mohammed said that the arrests followed a
distress call made to the command on May 24
at about 11am.
“On May 24, at about 11:am, there was a
distress call along Isuofia road in Aguata
Local Government Area that three persons in
military uniforms abducted one Uchenna
Ezeonu around Ekwulobia Roundabout to
unknown destination.
“Police operatives attached to Operation Puff
Adder in conjunction with Joint Patrol teams
rushed to the scene and cordoned-off the
entire area in search of the hoodlums along
the bush path by Uyo- Eke market road.
“Consequently, three suspects in military
attires, who abducted the victim were rounded
up and arrested inside the bush.
“The victim was rescued unhurt,” Mohammed
said.
The spokesman said that preliminary
investigations revealed that one of the
suspects, Obinna Ojiegbe, served in the
Nigerian Army and was deployed to 101 Special
Forces Battalion in Maiduguri, Borno.
He said that Ojiegbe had been handed over to
the Military Cantonment, Onitsha for further
investigation.
Mohammed added that the two other suspects
– Peter Obasi and Benjamin Nicholas, who wore
military vests – were found to be fake soldiers.
He said that one Okoye Ugochukwu was also
arrested as their accomplice.
Also, the police image maker disclosed that
the command rescued a kidnap victim, Mr
Emmanuel Loco, who was abducted at Ogidi
near Buckingham Polytechnic, Abatete road by
yet, other military impersonators.
According to him, the victim was flagged down
by the two men in military vest and face caps
at about 5:15pm on the same road.
“The victim was driving his Mercedes Benz 320
SUV with registration number MHA 111KP
before being joined by four other armed men,
who abducted him.
“On the May 24, at about 7:35pm, following
the report of the kidnap, Police operatives
attached to Operation Puff Adder and Ogidi
Division mobilized to the area,” he noted.
Mohammed said that no arrest was made in
the case as the suspects abandoned the victim
and fled into the bush off Abatete road when
they saw the police.
He said that investigation was ongoing to
apprehend the fleeing suspects in order to
bring them to Justice.
In another development, Mohammed said that
the command had arrested two suspected
members of a car-snatching syndicate –
Franklin Ifeanyi, 42, and Steven Chinedu, 41.
He alleged that the two men stole a silver-
colored Toyota Corolla with registration number
BDG 317 FC belonging to one Mr Daniel Ozoigbo
at No.12, Ogunbela Avenue, off Ago palace
way, Okota, Lagos.
“The vehicle was removed from where it was
parked at the owner’s residence in Lagos and
brought to Anambra by the suspects,” NAN
quoted him as saying.
He said that the vehicle had been recovered
while the case would be transferred to the
Lagos Command of the police for further
investigation 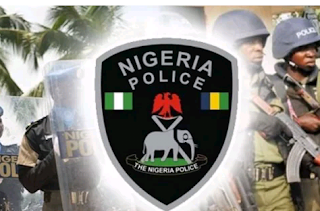