The Faculty of Law, Imo State University have yet again distinguished themselves on their maiden outing at the NDDC inter-university annual competition where they defeated over 12 Universities to qualify to the finals thereafter beating UNIBEN at the final stage to bag the 1st position.

After coming top in the Competition that was hosted at Rivers State University of Science and Technology, the team IMSU were rewarded with a Cash gift of 1million naira, a trophy among other prizes.

Presenting the laurel won to the Vice-Chancellor, Professor (Mrs.) Victoria Adaobi Obasi, in company of other Principal Officers of the University at the Senate Chamber, main Campus on Thursday, 9th May, the Dean, Faculty of Law Prof. (Mrs.) Ine Nnadi described the victory as a great accomplishment, While thanking the School Management for the tremendous support given to them to participate in the competition.

“We are very grateful to you for the well documented support towards the growth of academic activities in the University. You have graciously acceded to our demands and we want to thank you immensely”, the don said.

Also on hand to witness the event were the Deputy Vice-Chancellor (Academics), Professor Nkwam Uwaoma; the Registrar, Mrs. Rose-Kate Ogbu; the Director of Academic Planning among other Staff of the University, including Rex Uwadoka, Law President; Oriaku Chibuikem (BISHOP) and others.
The Vice-Chancellor, Professor (Mrs.) Victoria Adaobi Obasi, in her remarks, congratulated the IMSU team for making the university proud. And while promising to address all the issues raised concerning the faculty. She assured of the continued support of the School Management.

“The faculty of law is one of the faculties that make us proud, they are my first son and I’m happy carrying them out to the wider world. We are grateful to you for bringing honor to the University. You are the face of the University that we want to see.  We are proud of you.” the VC enthused. 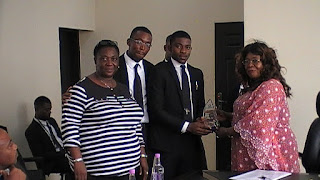 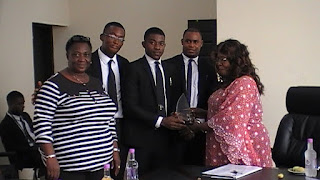