Posted by Stanley Onyechere on May 26, 2019
The Federal High Court sitting in Owerri has
ordered that the Independent National
Electoral Commission(INEC) should not issue a
Certificate of Return to Rochas Okorocha as a
senator-elect for Imo West.
The court, in a suit filed by Hon. Jones
Onyeriri, the Peoples Democratic Party(PDP)
Senatorial candidate for Imo West, ordered
that the status quo be maintained until the
hearing and determination of the Motion on
NoticeThe presiding judge, Justice E.F.
Njemanze, adjourned the case till June 5 2019,
for hearing.
INEC had declined to issue Certificate of
Return to Okorocha who was the senatorial
candidate of the All Progressives Congress,
APC, after the returning officer alleged that
he was forced to declare him winner under
duress. 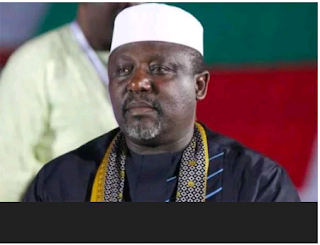