CCB has given 28th May as deadline for declaration of asset by the president, Vice and other public officer as well as their unmarried children above 18

Posted by Stanley Onyechere on May 26, 2019
President Muhammadu Buhari and his Vice,
Prof. Yemi Osinbajo, have been given up till
May 28 to submit their end of tenure asset
declaration forms to the Code of Conduct
Bureau, CCB.
Governors and other public officers will also
keep the same date.
Chief Press Officer of the CCB, Charity Utok, in
a statement said the deadline became
necessary as their tenure (first or second) in
office end on May 29.
She said other public officers, mainly members
of the outgoing 8th National Assembly, who
were inaugurated on June 9, 2015, have up till
June 8, 2019, a few hours to the expiration of
their tenure to declare their assets.
By virtue of the constitutional provision those
expected to declare their assets by virtue of
the constitutional provision are the President,
Vice-President, President and Deputy
President of the Senate, Speaker and Deputy
Speaker of the House of Representatives and
Speakers and Deputy Speakers of state Houses
of Assembly and all members of legislative
houses.
Also Governors and Deputy Governors, the
Attorney General of the Federation and
Attorney General of each state, ministers,
commissioners and Secretary to the
Government of the Federation are expected to
declare their asset.
Paragraph 11 of the Part 1 to the Fifth
Schedule to the constitution compels public
officers to declare their assets to the CCB
“immediately after taking office and
thereafter at the end of every four years.
“The public officers are obliged to submit to
the Code of Conduct Bureau a written
declaration of all his properties, assets, and
liabilities and those of his unmarried children
under the age of eighteen years.”
Utok added the incoming political office
holders were given up to three months to make
their declarations to the CCB, while the
outgoing ones must do so as soon as they “step
out” of office 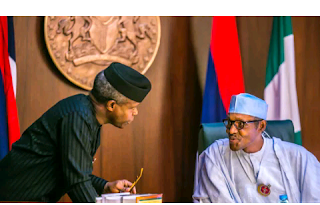