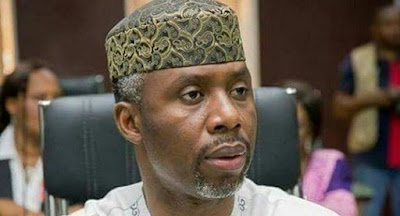 Son-In-law to Imo State governor, Rochas Okorocha and governorship candidate of the Action Alliance (AA) in the recently concluded general election, Uche Nwosu, has gone to the election petition tribunal to challenge the outcome of the poll in the state.

Nwosu, who disclosed this on Tuesday, blamed the ruling All Progressives Congress (APC) for losing the election to the Peoples Democratic Party (PDP) governorship candidate, Emeka Ihedioha.

He said APC lost the election when it refused to give him the party’s ticket, noting that the outcome of the election had shown that he was more popular than the APC governorship candidate, Hope Uzodinma.

Expressing hope he will be declared Imo governor by the tribunal, he said he was willing to form an alliance with the APC and other parties to actualise that.

“The outcome of the elections has justified us. We joined the AA two months to the election and I won the governorship election if not for the manipulations.

“Now that they have realised their mistake, we are ready to form alliance with APC to reclaim our mandate,” he said.

On why he is challenging the governorship election result, he said Ihedioha’s declaration by the Independent National Electoral Commission (INEC) was an aberration.

He said, “I have petitioned the tribunal and I am sure that the issues raised which bother on the constitution cannot be swept away. I am certain that I will reclaim my mandate in no distant time.”