Am Sorry But, We Have A Sad News For Tekno Fans

Posted by elitism6 on November 26, 2018
Ubi Franklin has shocked music fans after revealing that popular singer, Tekno's vocal box is temporarily damaged and he can't sing or perform until he recovers from his ailment. 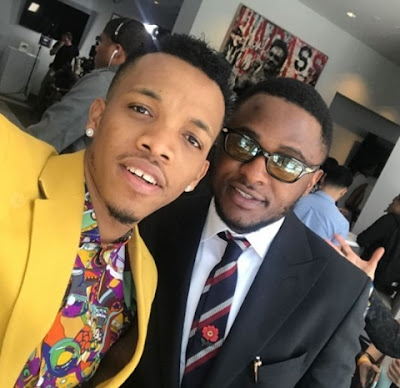 Tekno and his manager, Ubi

In an official statement released on Instagram, Ubi Franklin, the CEO of Triple MG, revealed that their superstar artiste, Tekno, can no longer sing or perform for now, following a temporal damage to his vocal box due to strain from overtime performances. 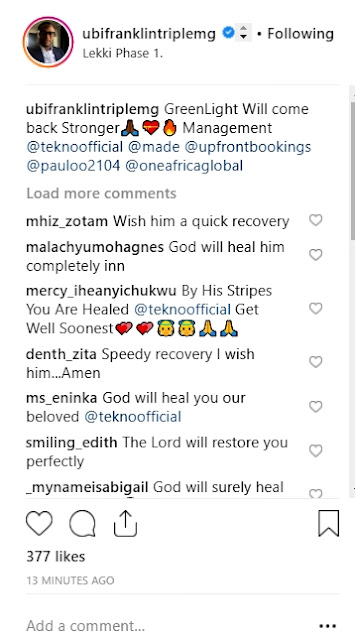 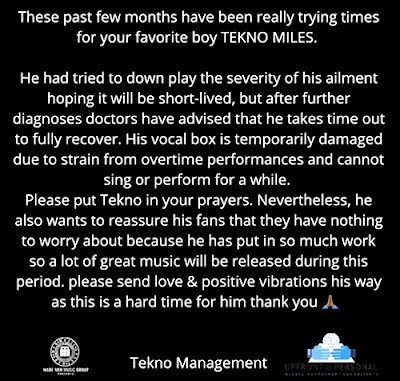 Franklin who made the shocking revelation on behalf of the singer's management, asked fans to pray for him during this hard time as he continues to recover.
See the full statement below;