There Is A Six Year Old Girl History Never Told You About.. Read As We Unveil Her (A MUST READ)


History taught us about Kwame Nkrumah,  Nelson Mandela, Martin Luther King Jr and many other Black that achieved a lot fighting racism but they didn't tell the story of 6 year old Ruby Bridges and what she fought at a young age of 6. Today in
ELITISM6.COM.NG EXCLUSIVE we would be taking you down history lane and what you need to know about her. 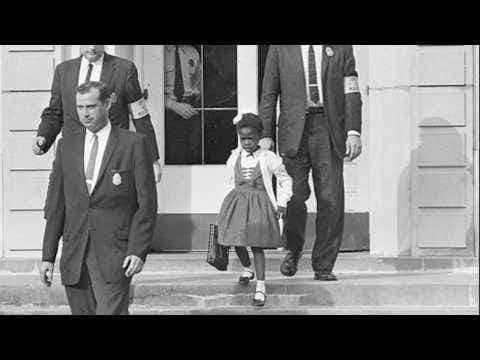 In 1960, a 6 year old girl, Ruby Bridges became the world symbol of the courage to learn amidst untold intimidation and hate. The US Supreme court had just ordered that all schools be desegregated in the US to allow black children and white ones study together. The American South, the heart of racial segregation could hear none of it. New Orleans, where Ruby’s parents had settled from Mississipi decided on a plan to keep off the black youngsters and scuttle the court order.

They decided to have very difficult entry examinations that black students couldn’t pass to frustrate their efforts to study with white students and the exam was only given to black students. Despite the painfully difficult exams, six black children passed, including Ruby.
The examinations body decided Ruby Bridges be admitted to the William Frantz Elementary school to begin her nursery studies. The community, teachers of the school and pupils would hear none of it. When Ruby reported for her first day in nursery school, there were violent riots and people threw objects at her.

The following day all parents withdrew their children from the school. All the teachers also withdrew from the school saying they couldn’t teach a black kid. Except one brave teacher Barbara Henry.
Realizing that the US State of New Orleans wanted to disobey a court order requiring them to admit black children, President Dwight Eisenhower ordered that Ruby must attend school and sent Federal Marshalls to escort Ruby daily to school. Little did he know, the US soldiers would escort the young six year old girl for a record one year.
As she went to school daily, escorted by US Soldiers, Large crowds of adults and their children gathered by the road side who abused her, threw objects at her. One woman who cooked at the school threatened to poison her. 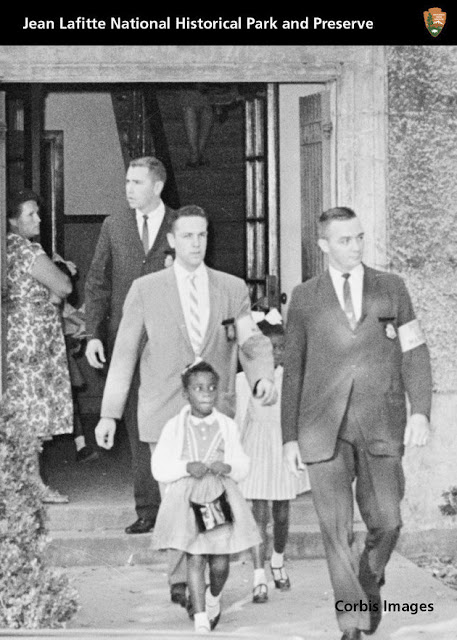 The Marshalls decided she must now eat at her own home. A woman in the crowd daily showed her the image of a black doll in a wooden coffin as they spat on her. Locals shops refused to sell anything to her parents. They were turned away from every shop they went. Then the girl started having stress and would wake her mother in the middle of the night seeking comfort. The hate was too much to bear.
For one year, US soldiers escorted the brave Ruby to William Frantz school where there were only two people, Teacher Barbara and one student Ruby. They sat side by side or facing each other.

There was nobody else. President Eisenhower handed over power and the predicament of Ruby Bridges to President John Kennedy. After one year, with the parents and protesting teachers realizing Ruby and Presidents Eisenhower and Kennedy not flinching an inch, decided to return their children to school. Then the racist teachers returned. After a full one year. Ruby Bridges had stoically fought racism as a six year old.
As one of the soldiers who daily escorted her for one year Charles Burks would later say, “She never cried or whimpered, she just marched along like a little soldier." Churks said guarding Ruby was the highlight of his career, the most important thing he ever did.

Ruby is now the chair of Ruby Bridges Foundation, which she formed in 1999 to promote "the values of tolerance, respect, and appreciation of all differences."
She was recently reunited with Barbara, the teacher who refused to go with the crowd and teach one pupil for one year and give her a future. Barbara still lives in New Orleans with her husband and children. In her memorable words ‘Racism is a grown up disease and we should stop using our kids to spread it” 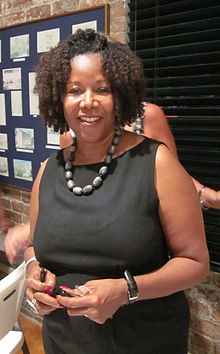 She lived to see a black man become president of the United States and was imvited to the White House where President Obama showed her a drawing of herself being escorted to school in 1960 engraved in the most powerful office on earth, immortalized for posterity.
featured History