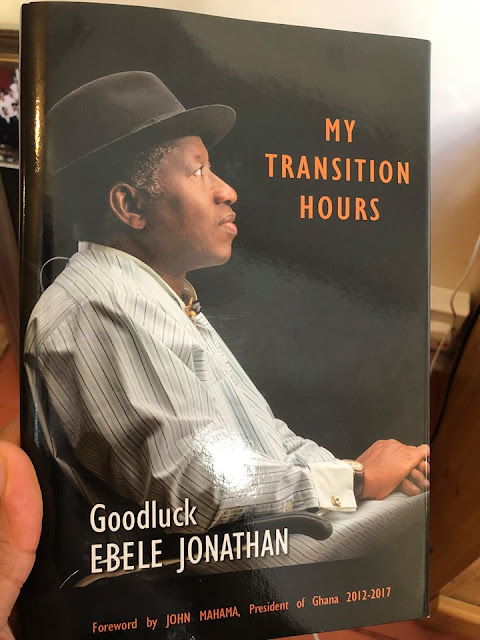 Former President Goodluck Jonathan says pictures of his mock coffin displayed in the media during the anti-fuel subsidy removal protests of 2012 traumatised his aged mother who had lost eight children.
Jonathan said this in his recently published book titled, My Transition Hours. 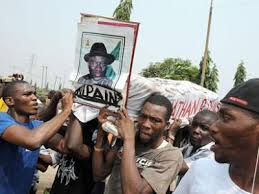 The former President said, “The protests continued unabated. In all of these, one woman I pitied most was my aged mother who was with me in the State House.
“Every day, she watched on television protesters carrying a casket with my picture on it and having the inscription ‘Rest In Peace.’
“I could imagine her trauma. This is a woman who had 10 live births with only my elder sister and I surviving.”
Jonathan said during the protests, several notable Nigerians visited him, asking him to reverse the increment in the pump price of petrol.

Some of the prominent Nigerians who visited him include: General-Overseer, Living Faith Mission (Winners Chapel) Bishop David Oyedepo; Primate of the Anglican Church, Rt.Rev Nichola Okoh and eight other clerics.
He said what was more disheartening was the fact that the opposition in Lagos had hijacked the protests.


Jonathan added that even the Nigeria Labour Congress which had been briefed on the matter before the subsidy removal was announced was co-opted into joining the protests.
The former President added, “In Lagos State for instance, it was like a carnival. Musicians, comedians and other celebrities were engaged by opposition elements to join the protests. Refreshments were served to protesters.

“Every morning Lagos State government workers cleaned up the Gani Fawehinmi Park and prepared it for the day’s protests. It appeared as though the protesters were very special guests of the Lagos State Government. Similar scenarios played out in other opposition controlled states.”
Jonathan further stated that the House of Representatives, which was led by pro-opposition Speaker, Aminu Tambuwal, decided to exploit the situation.
He said the House accused him of fleeing the country in a bid to exploit the situation for political gain.

The former President added, “The House of Representatives whose Speaker, Aminu Tambuwal, was hobnobbing with the opposition (he eventually defected to the opposition) did not help matters.
“Thinking that I had left the country for South Africa to attend the centenary celebration of the African National Congress, Speaker Tambuwal convened the House to sit on a Sunday just to condemn the deregulation.

“That was the first and only time in Nigeria’s political history that the parliament sat on a Sunday. At that sitting, an opposition member of the House got up to allege that I had abandoned the nation at such a crucial time to join festivities in South Africa.

“Unknown to the House, on that same day while they were sitting, I was at Eagle Square to inaugurate mass transit vehicles my administration purchased to cushion the effect of the subsidy removal.”