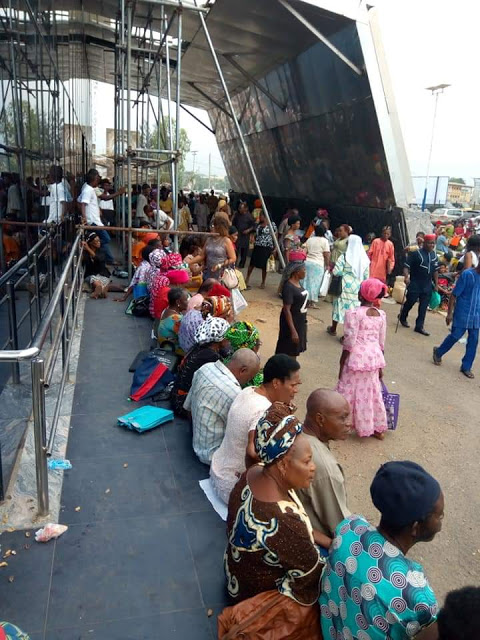 There seems to be no end to the woes Imo State pensioners are currently facing at the moment as torture and severe punishment in the name of verification which is in its second month now, has become their lot.
As part of the guidelines for retirees to
receive their pensions, the Imo State government commenced another round of verification exercise via data capturing.
The verification exercise which started with Orlu zone, shifted to Okigwe zone and then Owerri zone without the bio-data capturing exercise fully completed in any of these zones.

However, last week, the officers carrying out the exercise stormed Owerri, precisely at the IICC Owerri to capture pensioners
At the IICC venue Owerri a pensioner, Mr Paulinus Njoku from Emekuku collapsed and was lucky. Same day, an IBC pensioner identified as Mr Ohio Nwamadi who had been filling his own verification form suddenly created a scene. 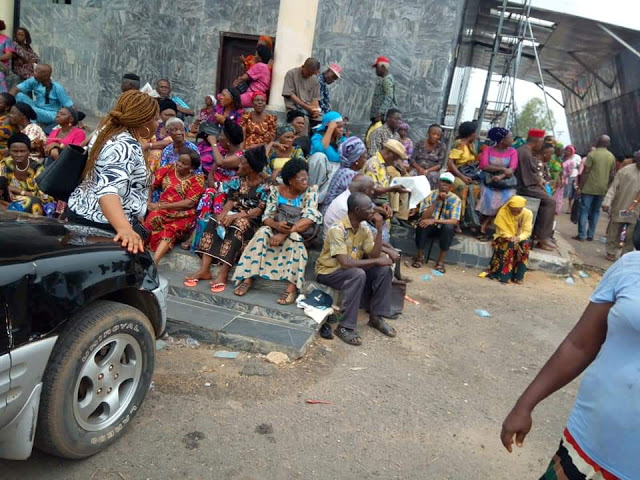 The pensioner suddenly got up from his seat, looked straight, removed his footwears and began to run in an awkward form. He was so fast in the race that before he could be caught, he already fell into a gutter at Garden Park, area of Owerri with bruises.
Again , after the venue changed to freedom square, Owerri, another pensioner Mr Oliver Duru from Orlu collapsed. He was about giving up before first aid came his way courtesy of Nurses who had come for the exercise too.
Meanwhile, the verifiers are having field days as they made brisk business at the venues. They collect as much as two thousand naira to assist pensioners to be attended. Relations of incapacitated pensioners would approach them before they go to see such pensioner probably in a vehicle or where they kept them.

At the entrance, staff who claims they keep the compound clean also collect tolls from hawkers who had come around to sell their ware or food items. Some pay as much as one thousand naira. One pensioner reported in one of the centers that photocopied forms go between N200 to N500 while quick service is between N2, 000 to N5,000.
Efforts by our reporter to speak with the those in charge was futile as they claimed to be busy to react to the allegations.