He Is Not A Christian But His Body Never Decayed 13 Years After He Was Buried..Read Story Of This Benue Herbalist. 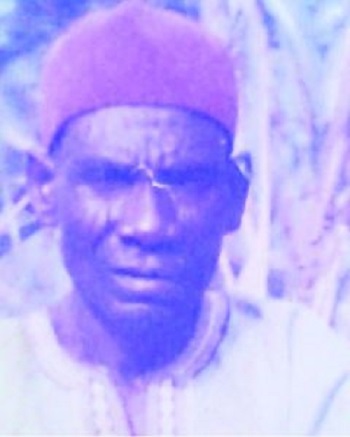 A recent weird incident has turned a community into a sort of museum after it was told that the body of a herbalist refused to decay over a decade after he was buried.
Audu Kwaghtamen, a native doctor who hailed from Yelwater, a border community between Benue and Nasarawa states inhabited mainly by the Tiv, died and was buried by the roadside on March 11, 2004.


But residents of the sleepy town were shocked to find his body fresh and intact, 13 years after.
Strange find
Bulldozers owned by PW Nigeria Limited, a construction firm presently working on a road project, which cuts across his graveyard, recently excavated Audu’s remains, throwing residents of the area in awe.
It was a stunning discovery, which they described as a miracle.
While the wooden coffin in which he was buried had rotted, his body was removed fresh and the black clothes he adorned, still new.
It was as if he had just been buried and exhumed, as the corpse neither decayed nor emitted an offensive odour.
Expectedly, news of the strange find spread across the town and neighbouring communities like wild fire as residents trooped to the scene to catch a glimpse of the body of the “immortal harbalist”.
But younger brother of the deceased, Abraham Kwaghtamen, who was among those who buried him 13 years ago and monitored the excavation, was not willing to delay his reburial, as the corpse turned a museum.
Unable to contend with the large crowd, he hurriedly prepared another wooden coffin and reburied him in another location.
The man Audu
Before his death, Audu, who dropped out of Community Secondary School Makurdi, Benue State in Form Four, sojourned to the hinterland in Oyo State, where he engaged in commercial farming and later turned an herbalist.
He lived there for about 33 years before returning to his ancestral home to ply his new trade.
Back home, he was variously known as African astrologer, numerologist, among others, and was patronized by people from all walks of life across age divides, including male and female from far and near.
Do You Need HOT NEWS & EXCLUSIVE Stories??? Join ASOROCK LEAKS
He made predictions and was reputed to have resolved confounding challenges bothering on health, infertility, marriage, and financial with precision.
Abraham, his younger brother, said he was the most powerful herbalist within his community and neighbouring villages, and proffered solutions to virtually all challenges that came his way.
“It does not matter the distance of the person with the problems or situation.
All you have to do is believe in him; he offered services to those in need of spiritual assistance, not minding the severity of your situation or distance as long as water, sea, ocean, lake, river, sand etc are nearby, your problems would be controlled under your foot”.

He disclosed that Audu derived his mystic powers from Oyo State, where he grew up and spent the greater part of his life before returning home as an herbalist.
He wasn’t married in his lifetime and had told them not to bury him close to any residential building. He asked his relatives to bury him by a roadside whenever he died.

“So when he died, we buried him by the roadside, oblivious of the fact that someday, the state government would construct a road here.
He also told us to bury him a day after he dies and that his corpse should not be treated. That was exactly what we did.

On the day he died, he wasn’t sick; he woke up that day complaining of waist pain and died in the afternoon. We adhered to his wish and buried him the next day”.
Abraham said while growing up, Audu was a reserved person who lived in isolation, and was a great hunter especially at night.
Audu became popular as an herbalist within 10 years of his return from Oyo State, and plied his trade in the village.

Though childless, he was said to be generous, especially to children.
Community leader, pastor wade in
The oldest man in the community, Angbela Agena, 90, described the recent discovery after the excavation of Audu’s body as strange.

“It showed he was a very powerful spiritualist; he died and was buried 13 years ago, but his body didn’t decompose. Maybe, he died against the wish of his God”.

Pastor Dennis Nyam of the Redeemed Church of Christ also expressed surprise. “Everybody is surprised because the man wasn’t a Christian.
If he was a committed Christian, I would have described his body as sainthood in Christianity.

It’s happening all over the world to people who actually did what God wanted; to those people, termites, insects have no power over their bodies when they die”.