Posted by Stanley Onyechere on November 28, 2018

Okorocha, who spoke at the Government House, Owerri, during a media parley, also added that Ugwumba Uche Nwosu, remained the best candidate for the election in the state.
“I still have my numerous supporters with me, but those who are naïve who want to leave and have left, I wish them good luck. This is because I cannot stop them.”
“I have the APC ticket for Imo West (Orlu) Senatorial District election,and will coast to victory in the election.”
He noted that he was still in the APC, adding that his support for the success of President Muhammadu Buhari’s re-election was incontestable and unshakable.
“He is visionary, dutiful, hardworking and a proactive young man. He remains the best among all the candidates for the governorship election in the state.”
Okorocha, however, contended that he was still in the APC having been one of the founding fathers of the party in the country.
“I cannot be part of destroying the mansion I have helped in building. I totally support the APC and all of its candidates for the 2019 general elections.”
He further described what played out in the APC in the recent past on who emerges as its Imo State governorship candidate as a political injustice.
Stating that the choice of Senator Hope Uzodinma as the state governorship candidate for the 2019 election was not the choice of the party faithful. He regretted that the APC which was known for uprightness and justice had lost its integrity and purposeful bearing.
He further said that he was not embattled in any form but that the fight against him was because of his political sagacity.

The governor blamed the APC National Chairman, Comrade Adams Oshiomhole, who he described as a simpleton, having been deceived by some disgruntled members of the party. 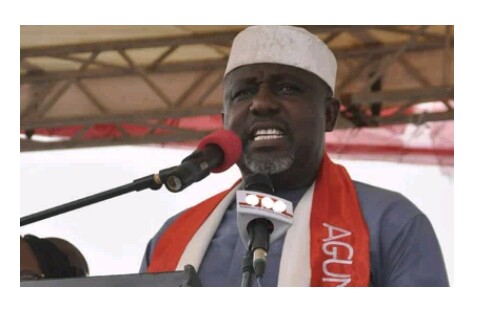