Venezuelan Bolivar - What Can It Buy You?

Posted by elitism6 on August 21, 2018
On Monday, Venezuelan President Nicolas Maduro will issue a new currency to manage the country's runaway inflation, which the IMF predicts will hit 1,000,000% this year.

The Venezuelan bolivar has become near-worthless, following a severe economic downturn. To show the extent to which hyperinflation has gripped the country, Reuters photographer Carlos Garcia Rawlins created images of everyday food and household items alongside the amount of money it costs to buy them. 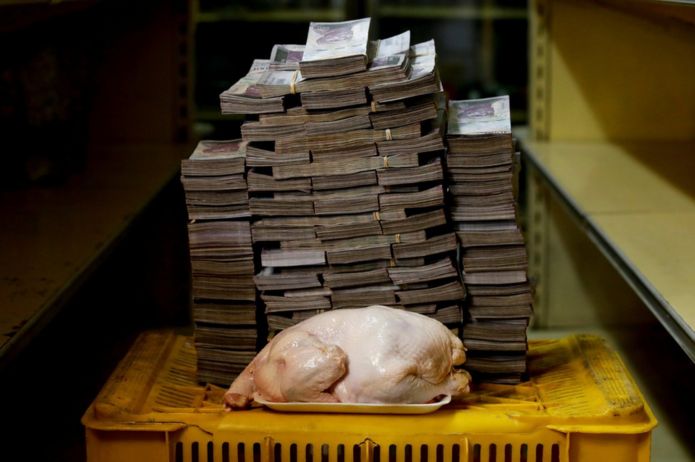 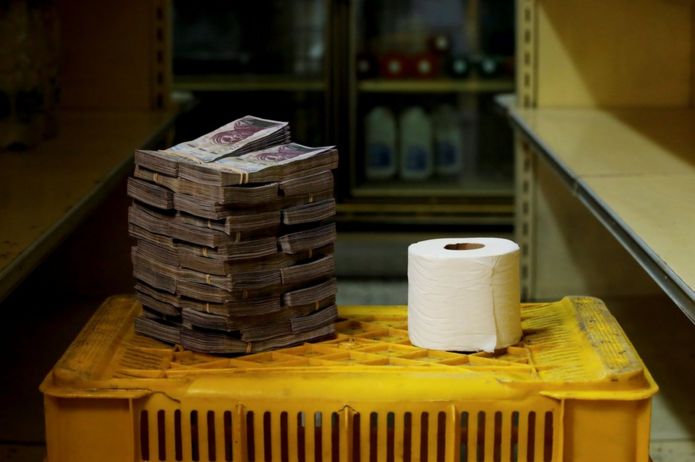 Three million bolivars for these carrots. 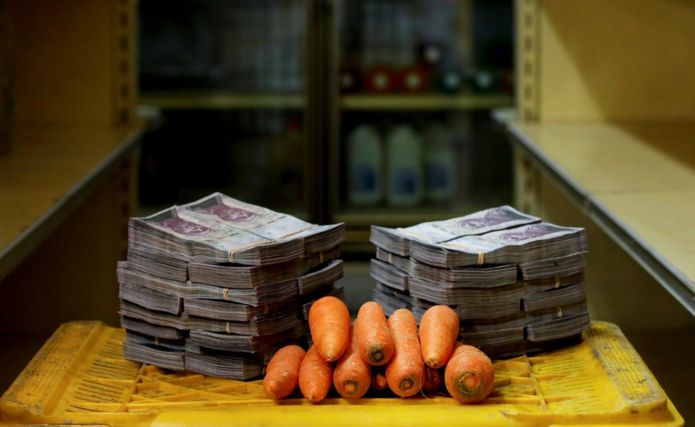 Venezuelans have been stocking their homes with food before the measures take effect on Monday, amid concerns that confusion and overburdened banking systems could make trade impossible. 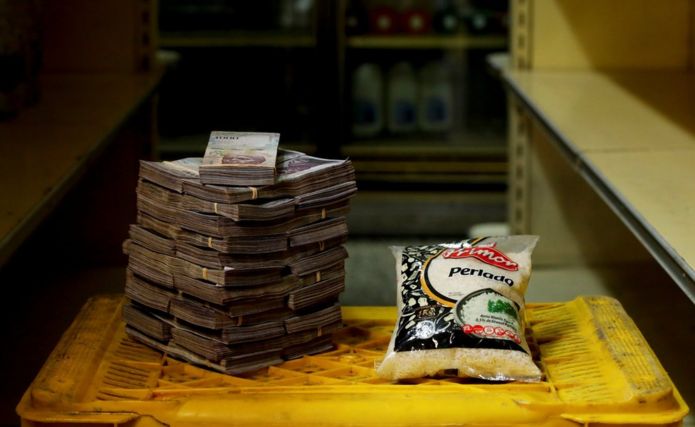 Alicia Ramirez, 38, a business administrator, spoke to Reuters in a supermarket in the western city of Maracaibo: "I came to buy vegetables, but I'm leaving because I'm not going to wait in this line. 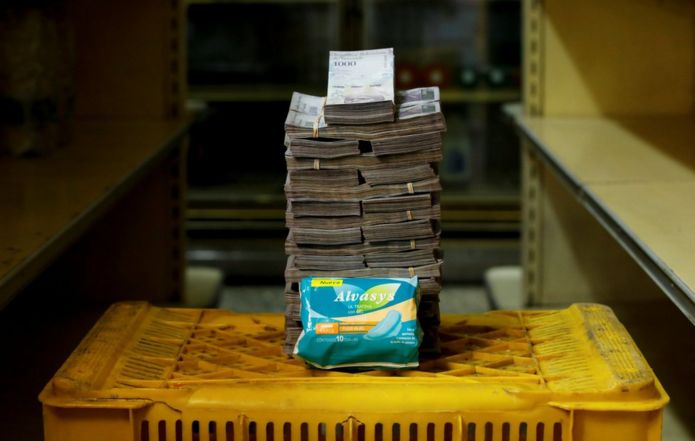 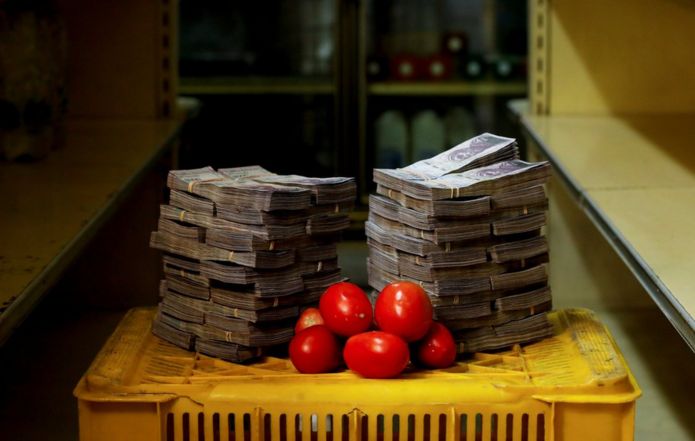 Monday has been declared as a public holiday, the same day as internet banking operations are halted for several hours and a new set of notes with lower denominations are introduced. 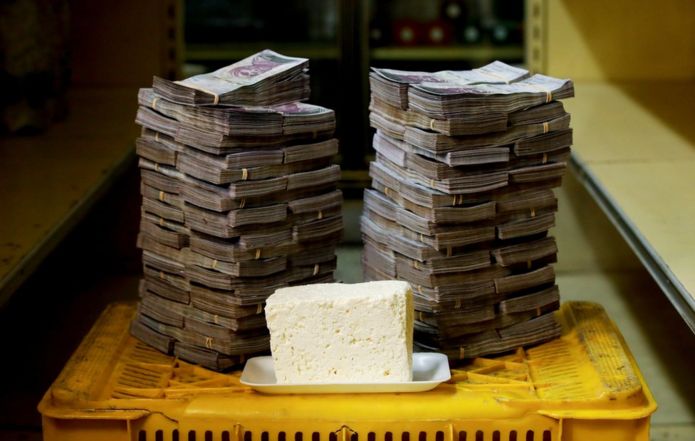 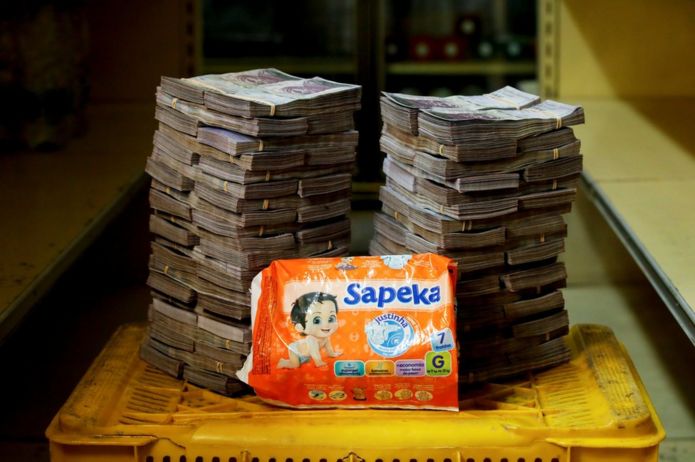 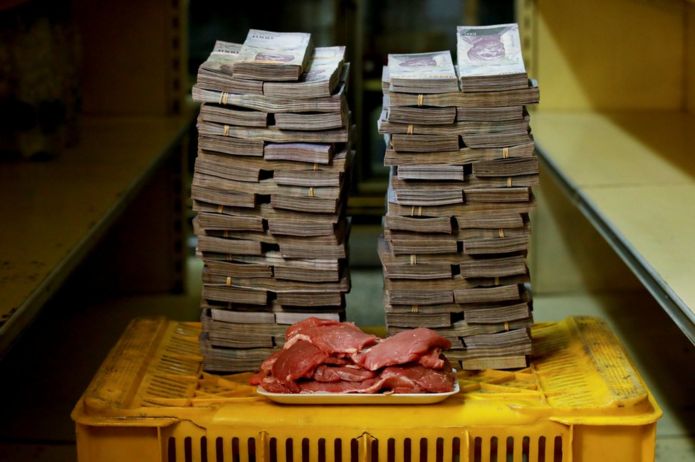