Tragic! Mother Kills Daughter In Her Sleep Because She Argues A Lot (Photos) 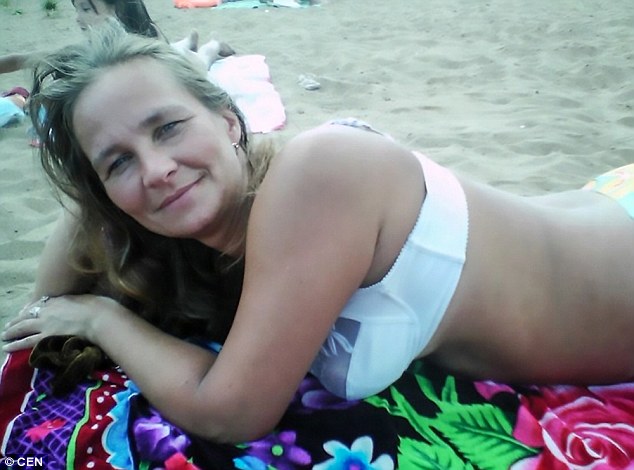 A Russian woman has confessed to murdering her 18-year-old daughter with an axe because the teenager was 'too argumentative', Dailymail has reported.
It was gathered that Tatiana Degirmendzhy, 49, reportedly attacked her daughter Yulia while she was asleep in their home in the city of Chaykovsky in central Russia's Perm Krai region.
The mother reportedly hit her sleeping daughter several times with an axe, severing an artery in the teenager's neck in the process. Local media report the mother then fled the scene, going to a railway station and catching the first train out of Chaykovsky.

The victim was discovered several hours later by her older brother Sertan Degirmendzhy, 22, who had returned home from a walk. The young man found his sister lying motionless in her room, with blood all over the bed and walls.
He reportedly discovered the blood-covered axe lying on the floor near the bed, and immediately called emergency services.
Paramedics who arrived at the scene found that the 18-year-old had died from massive blood loss.

According to reports, detectives assume from the wounds found on the victim's body that the perpetrator had tried to dismember the body.
Police searched the crime scene and discovered that only Mrs Degirmendzhy's passport had disappeared and the mother was declared wanted.
The woman was found within 24 hours trying to board a train in the city of Izhevsk =, located 36 miles from Chaykovsky.
According to police, the mother has confessed to murdering her daughter, adding: 'If I had had seven daughters like her [Yulia], I would have killed them all.'
A police spokesperson commenting on the matter said: 'The investigation found that during the last three months the suspect and the victim had been constantly in domestic conflicts.
'The suspect said she committed the murder on the basis of personal dislike.'
The suspect faces 15 years in prison if found guilty.
Murder News