Posted by elitism6 on August 16, 2018
The former Barcelona star and 2005 Ballon d'Or winner first dazzled in Egypt as a teenager, before he went on to become the world's best. 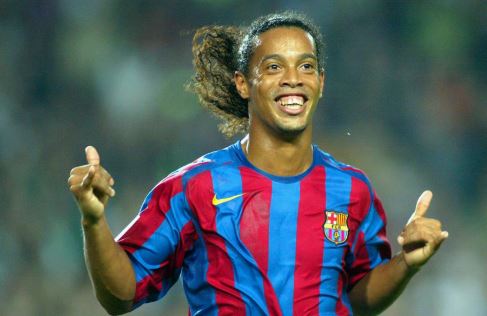 Ronaldinho
Brazilian legend Ronaldinho has paid homage to Egypt, expressing delight that his football roots can be traced to the North African country.
Ronaldinho captured global attention as a mere teenager at the 1997 Fifa Under-17 World Cup with his silky displays to help Brazil win the tournament.
Five years later he was a World Cup winner with the senior side, again playing an instrumental role.
Ronaldinho, who is in Egypt as a television pundit for Pyramids FC, took time to pay tribute to the Egyptian platform that set up his career at the Under-17 World Cup.
“I won my first title in Egypt that’s why I can say that it all started here for me,” Kingfut quoted Ronaldinho as saying.
“Everything started in Egypt for me, after I won the Under-17 World Cup with Brazil. I’ve visited Egypt several times since and I’m always happy when I’m back.”
Sports