Mr Eazi Pictured With Ghana's FirstLady As She Hosts Him.

Posted by elitism6 on August 21, 2018
Nigerian singer, Mr Eazi has thrilled his Ghanaian fans after being pictured meeting with the First Lady of Ghana. 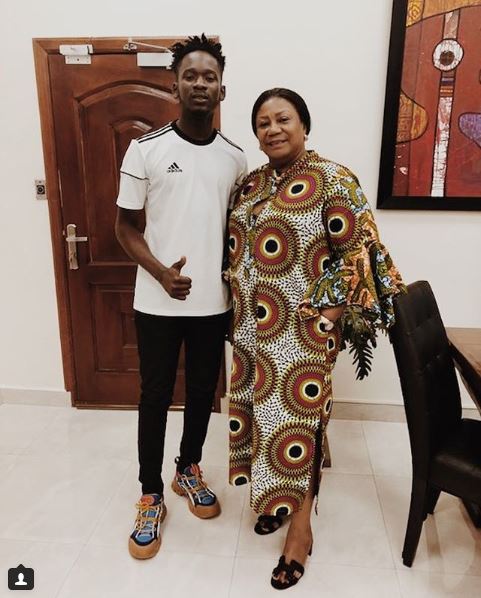 Mr Eazi and Rebecca Akufo-Addo
Mr Eazi who happens to be one of Nigeria's most talked about singers, is one artiste who has often been pictured meeting with the high and mighty in society.
Since he became popular, Mr Eazi has garnered quite a large following around Africa as he piles up lots of followers on social media.
In one of his latest posts on Instagram, Mr Eazi shared a photo of himself meeting with the First Lady of Ghana, Rebecca Akufo-Addo. He revealed, in his caption, that he was hosted by the woman.
He wrote: "It was a great Honour being hosted by @rakufoaddo the First Lady of the Republic of Ghana Earlier Today!!

"Thank you for taking out time to meet the Happy Boy!" 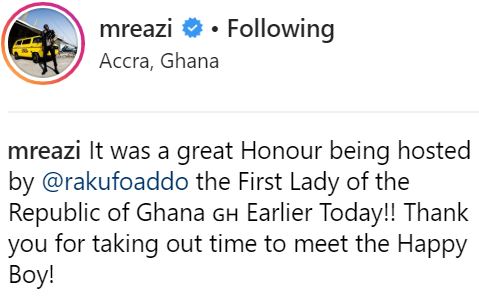 Apparently, his Ghanaian fans have been thrilled by the development.
entertainment Mr Eazi