#Impeachment : The plot gets thicker as new details emerges on how saraki would be impeached.

Posted by elitism6 on August 21, 2018
The All Progressives Congress is still keen on the removal of Saraki as senate president amid his exit to the main opposition party, PDP. 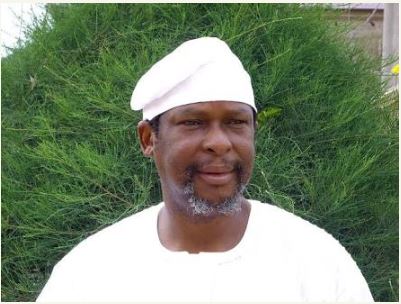 Senator Ajayi Boroffice
The lawmaker representing the Ondo-North senatorial district, Senator Ajayi Boroffice, says Senate President Bukola Saraki’s continued leadership of the Senate despite his defection to the opposition party is an aberration which will not be allowed to happen again.
Boroffice, who is a member of the Buhari/Osinbajo Mandate Group, said this shortly after welcoming President Muhammadu Buhari who recently returned from London.
He said the All Progressives Congress would not allow Saraki, who is now a member of the Peoples Democratic Party, to continue to preside over the affairs of the upper legislative chamber.

The lawmaker said, “We are the majority party and what has happened is an aberration and this kind of aberration will never happen again. The President must be supported in fulfilling his mandate which has been obstructed by the leadership of the Senate.”

Asked on whether the Senate would rely on two-thirds of the entire Senate or on a quorum to remove Saraki, the Boroffice said he would rather rely on the latter.
He said, “If the constitution says two-thirds of all members, it means it will require two-thirds of 109 but if it says two-thirds of members, it will be two-thirds of all members who are present and that is what I will opt for.”
Prince Ebunola Martins, who is the National Coordinator of the Buhari/Osinbajo Mandate Group, said they would do everything possible to ensure that Buhari was re-elected to continue his good works.
He said Buhari had delivered on his core promises of reviving the economy, addressing the insecurity challenge and fighting corruption.
Also speaking, the Senior Special Assistant to the President on Political Matters, Mr Gideon Samani, said Buhari was fit to run for a second term, adding that his recent visit to the United Kingdom was a mere medical checkup.
politics Saraki