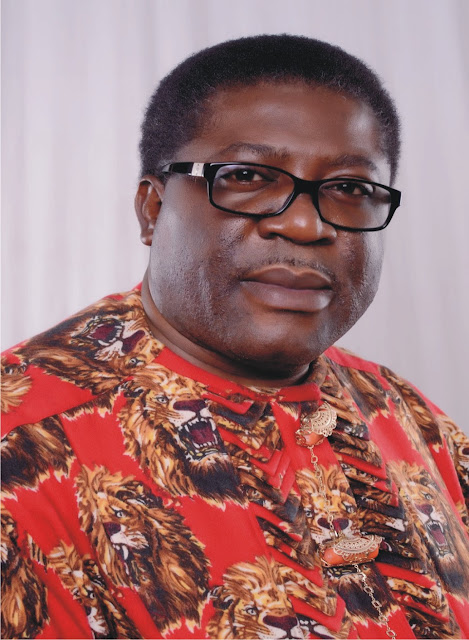 The dust is yet to settle over the impeachment saga rocking Imo. The  State Deputy Governor who was recently impeached by the state’s House of Assembly insists his office is not vacant and he is still the deputy governor.
In a press release made available by the  Chief Press Secretary to Prince Madumere, he decried the recklessness of the Chief Press Secretary to the Governor, Mr. Sam Onwuemeodo, adding that the governor’s CPS is trying to weep more than the bereaved.

It has come to the knowledge of the Office of the Deputy Governor of Imo State, the contemptuous diatribe contained in a press release issued by no other a person than the Chief Press Secretary to the Governor of Imo State, Mr. Sam Onwuemeodo published on page 5 of his Whitepaper of Friday, August 10th, 2018 edition, paragraph 7, where he declared that the Office of the Deputy Governor is vacant since the occupant of the said office has already been impeached.

It is on record that Mr. Onwuemeodo in his recklessness in trying to weep more than the bereaved did not stop at this, he went further to declare Mr. Ekenze Calistus the Deputy Governor of Imo State. He further stated that Mr. Ekenze’s swearing-in will surely take place as soon as the court order is vacated.

Our worry, certainly, is not how our Governor’s Media Manager chose to do his job, which apparently must have been in accordance to the description of his duties, but the impression the careless statement would have made in the minds of unsuspecting Imolites and Nigerians at large.

We wish to state categorically that it is contemptuous for Governor’s Media handler to lie over a court verdict and worse still take such lies to the public spheres.

For the umpteenth time, we wish to remind Onwuemeodo and his co-travelers that the incumbent Deputy Governor of Imo State, Prince Eze Madumere, never sought an order of the court to stop a swearing-in ceremony the Calistus Ekenze. The Deputy Governor as a man who believes in Rule of Law rather than take laws into his hands over the rascality of some of the agents of government, had approached the court of competent jurisdiction through his Counsel, Chief Ken Njemanze (SAN) for a redress over constitutional breaches on the said impeachment process.

There was an Originating Summon with a suit number How/565/2018; Eze Madumere V Chief Judge of Imo State and 9 others with another motion on notice for interlocutory injunction, challenging the constitutional breaches vis-a-vis the said impeachment procedures which were observed in breach.
In a court sitting on July 30th, 2018 in High Court 8, Imo State High Court, presided by Hon. Justice Benjamin Iheka, after adopting submissions of the Counsels representing the Speaker and members of Imo State House of Assembly, Attorney-General of Imo State with the presence of one of the panelists, a court order was granted restraining the Chief Judge, Speaker, Imo State House of Assembly, 7 man panel of inquiry from any further action in connection with impeachment procedure against the Deputy Governor until the determination of the matter before it.

May we remind Onwuemeodo that his lying tongue and misrepresentation of facts is not only subjudiced but very contemptuous.
Again while we appreciate opinions of legal luminaries and other authorities whose take on the matter have largely remained consistent with the spirit of the law of the land and the constitution, we call on the general public to disregard Onwuemeodo’s mischief borne out of malice and periodic hallucination.


The Deputy Governor, Prince Madumere will continue to conduct himself decorously with high level of civility. He has vowed to, not only to remain steadfast but to also use his wealth of experience towards building Imo of collective dream and uplifting the living standard of the populace.

We wish to assure the citizens of the State that Prince Madumere has vowed to assiduously towards the enthronement of justice, equity and fair play as conceived by our fore-bearers so as to create Imo where brotherly love, peace and tranquility reign supreme.

Uche Onwuchekwa
Special Assistant to the Deputy Governor on Media