Man's Intestine Riped off After Cult Clash in Malaysia

Posted by elitism6 on August 08, 2018
A young man who is residing and doing his business in Malaysia has had his intestines ripped out by rival cult gang during a clash in the Asian country. 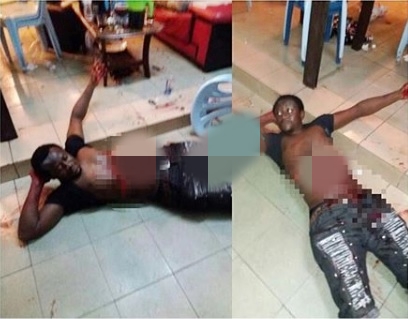 The victim, Ratty, lying on the floor
Multiple reports making the rounds online have revealed that a Nigerian restauranteur was on Tuesday, attacked by some rival cultists who had his intestines ripped out in the Cheras, Malaysia.
It was gathered that the incident happened during a clash between the Vikings and the Black Axe confraternities.
The victim, identified as Ratty, a Black Axe member, who was left lying on the ground with his intestines out, has since been rushed to a hospital where he is currently battling for his life.