Records are made to be broken and Agboola Venmak, a Nigerian Dick Jockey and an undergraduate student of the Federal University of Technology Akure (FUTA) has proven that. 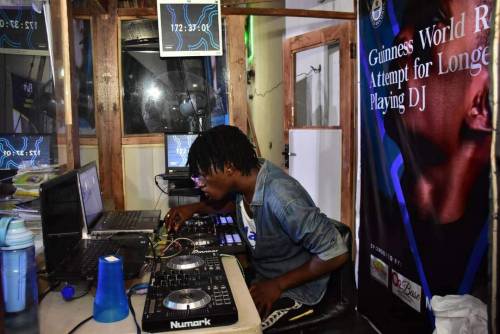 According to Guinness World Records, the current holder of the record for longest marathon club DJ-ing is Norbert Selmaj (or Norberto Loco), a Polish DJ who played for 200 hours. He made this record in The Underground Temple bar in Dublin, Ireland from November 19 to 27, 2014.
Venmak, popularly known as DJ Venum, broke the record and became the World’s Longest Playing DJ after playing music non-stop for a whopping 15 days from 10:40 pm on August 1, 2018.
This comes after two Nigerian DJs, DJ Obi and DJ Neo, attempted to break the record in 2016 and early 2018 respectively.

The superstar from Ondo State has continued playing jams at the 02 Base Lounge and Bar at the Akure Shopping Mall, including hip-hop and pop musicals, and has promised not to stop until he achieves his other aim of donating a million books to Nigerian students. 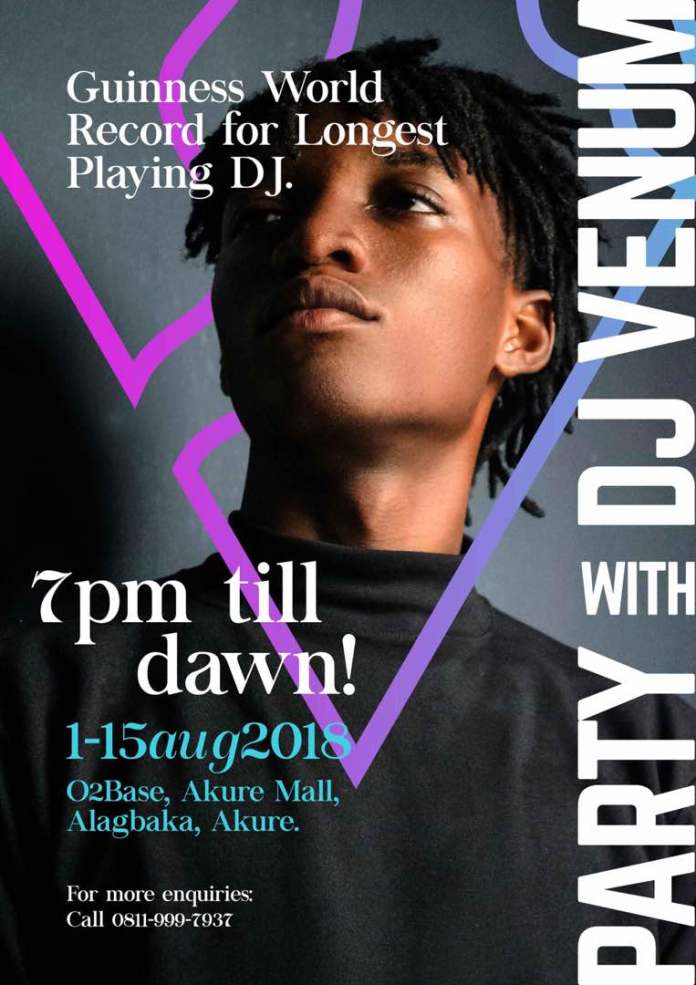 The DJ is not only mixing tapes to entertain music lovers. With his project, he also intends to support underprivileged children in various rural communities in the country to help promote primary and secondary education with the help of others.
DJ Venum is reportedly throwing a party tonight at the Akure Shopping Mall for his fans and well-wishers.
Athletics Sports