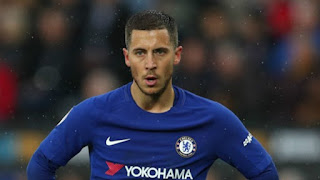 Goal takes a look at the biggest transfer news and rumours from the Premier League, La Liga, Serie A and beyond

Barcelona and Inter are keeping close tabs on 16-year-old French midfielder Lucien Agoume,
France Football claims.
The report suggests that Sochaux have received and rejected a number of bids for the youngster's signature already this summer.

Utd's Bailly not for sale
Eric Bailly has been told that he is not for sale by Manchester United, Manchester Evening News reports.
While Jose Mourinho is actively pursuing a new centre-back as he plans a defensive reshuffle, with Harry Maguire and Toby Alderweireld high up the list, Bailly has been reassured that his future is safe at Old Trafford.
Indeed, the report claims Marcos Rojo is the most likely defender to get the chop.

Prem trio chasing Mawson
Fulham, Burnley and West Ham have opened negotiations with Swansea over signing Alfie Mawson.
The Swans want at least £20 million for the centre-back, with West Ham having had an earlier bid rejected by the Welsh side.
Burnley are looking for another defender as they prepare for Europe, while Fulham are said to be eager to recruit another stopper after signing Maxime Le Marchand.
Barca to keep Munir
2 hours ago 13:12
Munir El Haddadi appears set to stay at Barcelona after initial speculation over his future at Camp Nou, Sport reports.
Barca's plan was allegedly to allow Munir to leave and hold on to Paco Alcacer, however the Liga champions are now willing to sell Alcacer for the €30m they initially paid for him.
Ernesto Valverde himself has taken a shine to Munir in pre-season and hopes to use the 22-year-old as a back-up attacker.
Leicester want Djene
2 hours ago 13:08
Leicester City are ready to offer Getafe €35 million to sign Djene, France Football claims.
With Harry Maguire seemingly being ferociously pursued by Manchester United, The Foxes feel the 26-year-old Togo centre-back would be a suitable replacement if the England international leaves.
Besiktas in talks for Mignolet
3 hours ago 11:43
Besiktas have made contact with Liverpool regarding a possible transfer for Simon Mignolet, according to Sky Sports.
Having sold Fabri to Fulham last week, the Turkish side are in the market for a new keeper and feel that Mignolet would be relatively easy to sign due to Alisson's arrival at Anfield.
Lewandowski makes final push for Bayern exit
4 hours ago 10:45
The Poland striker still has his heart set on a move
Robert Lewandowski will make a final attempt to convince Bayern Munich to let him leave this summer, Sky Sport claims.
Bayern have been determined to hold on to the 29-year-old striker, but Lewandowski will have a talk with coach Niko Kovac to try to convince them to let him go.
Dortmund open to Pulisic sale
6 hours ago 08:42
Borussia Dortmund will allow young American attacker Christian Pulisic to leave the club this summer if an offer of over €70 million (£62m/$82m) comes in, according to Bild.
The report states that BVB have been trying to get the 19-year-old to sign a new deal in recent weeks, but the player himself has stalled talks over a renewal.
Getty
Madrid decide against Hazard move
6 hours ago 08:25
Real Madrid boss Julen Lopetegui has decided against trying to sign Eden Hazard from Chelsea, AS reports.
The Spanish outlet claims the new Blancos boss will instead place his faith in Isco and, to a lesser extent, Marco Asensio.
It is said that Lopetegui would rather not overspend on a 'Galactico' signing this summer, with Chelsea reportedly demanding €200m for Hazard, while moves for Neymar and Kylian Mbappe are off the table for now.
Chelsea accept Utd's Willian bid
8 hours ago 07:15
Chelsea have decided to accept Manchester United's offer of €75 million (£66m/$87m) for Willian, according to Tuttosport.
The Italian outlet claims Jose Mourinho will be reunited with one of his favourite Brazilians at Old Trafford, while also stating that Gary Cahill is a potential target for the Portuguese manager.