Posted by Stanley Onyechere on August 18, 2020
Peoples Democratic Party, PDP, National Chairman Prince Uche Secondus has described the ruling All Progressives Congress as a party sleeping on duty while the rest of the country burns.

Secondus stated this on Monday in a reaction to an earlier statement by the APC, describing his stewardship of the PDP as rudderless and crumbling.

“The APC calls on Secondus to focus on the PDP which has become shockingly rudderless under his watch,” a statement signed by Yekini Nabena, APC spokesperson, read in part.


However, media adviser to Secondus, Ike Abonyi, while reacting on behalf of his principal said:

“APC and its government are in a state of deep unconsciousness, sleeping on duty as the nation groans. In their struggle to say something, they expose their insensitivity to the plight of the populace.

“A lame and confused party breeds bad government and they together birth poverty in the land. God will rescue his people from an unfair regime.


“When Secondus came to power two and a half years ago, PDP controlled 11 states. Today, they (states) are 17. For APC, when they came to office, Nigeria was standing. Today, she is crippled; spot the difference.”More in Home 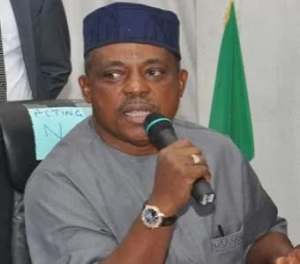