VIDEO: Full Fight Between Kim and Kourtney in the latest Keeping Up With The Kardashians. 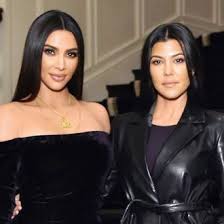 The new season of Keeping Up With The Kardashians is good! Last night the well-publicized "fight" between sisters Kim and Kourtney Kardashian aired - and MTO News can confirm it was better than expected.


The second episode of Keeping Up With the Kardashians Season 18, which aired Thursday picked up right where the season premiere left off - with Kim charging at Kourtney. Both sisters got in a few good slaps, but Kourtney wasn't playing - as she put her power behind each of her blows.


Kim clearly lost the fight, and she all but submitted - after feeling her sister's power shots.

"One minute they're laughing, the next minute they're slapping each other. Like, what is happening? I can't believe this has gone this far for them to physically assault one another. We don't treat sisters like that." said Khloé.

After Kim finished getting "that work," she ran off to get some space. Khloé, then can be seen asking Kourtney why she slapped Kim, but the question put Kourtney on the defensive. She said:


"Don't take someone else's side. That's my issue with you," Kourtney told Khloé. While Kourtney wiped her tears, Kendall cleaned the blood from Kim's cuts, and Khloé cleaned the bronzer off of her walls. Kim then suggested that Kourtney leave entirely since she is always complaining about being around them