Everton Fans Furious at Iwobi calls for him to stop playing

Posted by elitism6 on November 04, 2019
The Nigeria international is in the news for the wrong reason and he has not been spared by irritated football followers on social media. 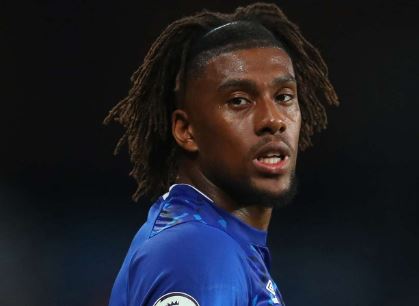 Alex Iwobi
Football fans have hit out at Alex Iwobi for his role in Everton’s 1-1 draw with Tottenham Hotspur in Sunday’s Premier League showdown.

After a goalless first half at Goodison Park, Harry Kane-less Spurs took the 63rd-minute lead after Dele Alli capitalized on Iwobi’s sloppy pass.

However, the game ended all squared thanks to Cenk Tosun’s 97th-minute equalizer in the keenly contested affair.

Nonetheless, the Nigerian did not escape the fury of fans who were displeased with his poor outing despite seeing every minute of action.

See a few reactions below: 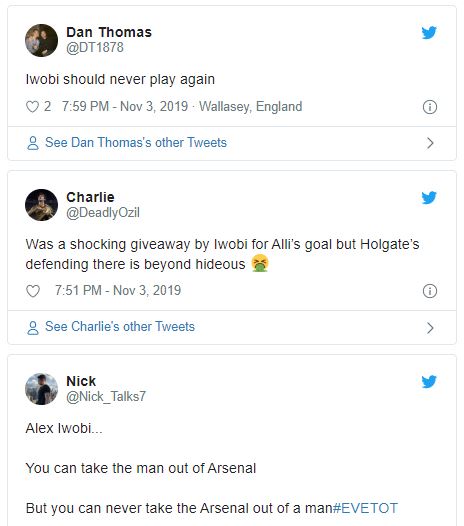 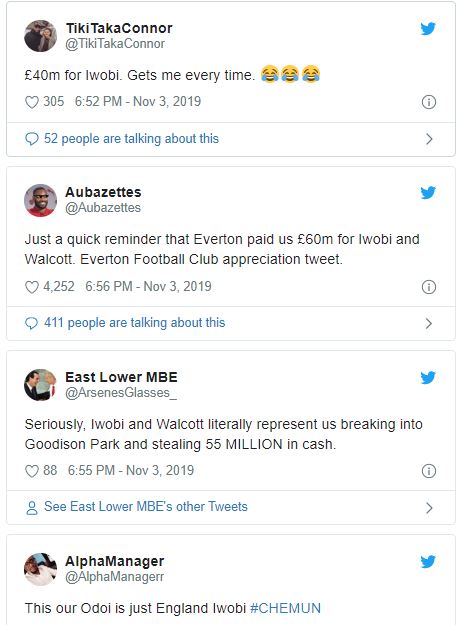