Posted by elitism6 on January 14, 2019
At least five Peoples Democratic Party campaign vehicles have been sent ablaze in Enugu state. 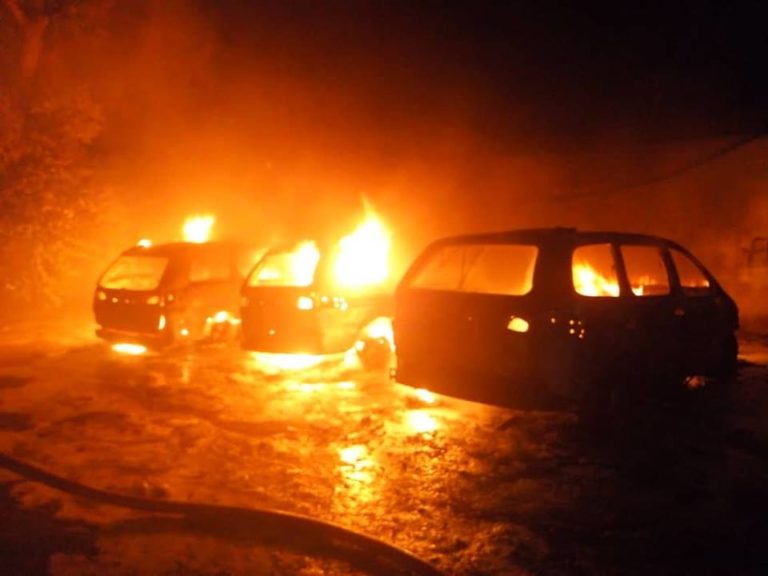 PDP campaign vehicles set ablaze
The Police Command in Enugu State has commenced an investigation into a fire incident in the state capital which affected six campaign vehicles belonging to the Peoples’ Democratic Party (PDP).
The Police Public Relations Officer (PPRO) in the state, SP Ebere Amaraizu, disclosed this in a statement in Enugu on Monday.
Amaraizu noted that the fire occurred on Jan. 13 at about 8 pm at a printing workshop located at WTC by Ogui New Layout axis in the state capital.
He said that the cause of fire outbreak had yet to be ascertained.

“It was gathered that the fire outbreak affected three Sienna cars and three Coaster buses parked at the said printing/branding workshop,’’ he said.
The PPRO said that the prompt arrival of the fire service and police prevented the fire from escalating and causing further damage as it was put off.
“The command is advising members of the public to be fire safety conscious at home, offices and shops. 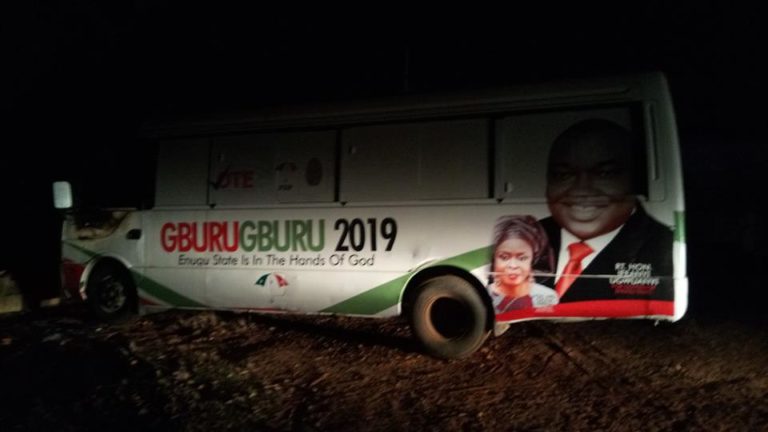 “They should regularly call the police control room number on 08032003702 as well as fire service office on 08036704815 in event of any fire outbreak for prompt action,” he said.
An eyewitness who preferred anonymity said that the vehicles were still at an artist’s workshop where they were still being branded when the incident happened.
“The resultant explosion reportedly attracted residents who called in men of the fire service and the police,’’ he said.
News