NBS record's FCT the home of corruption in Nigeria

Posted by Stanley Onyechere on January 03, 2019

Corruption, which Nigerian President Muhammadu Buhari said he came into office to fight, is flourishing under his nose, with the Federal capital territory recording the highest number of cases, according to data released by the National Bureau of statistics, covering year 2016.
NBS data show that corruption cases increased in about 15 states in the country, while only about six and two states reported a decline and zero in the number of corruption cases, respectively.
Abuja, the capital city of the country where major political and administrative activities hold, had the highest number with 657 reported cases in that year, according to the report.
Abuja was followed by Lagos and Kaduna, with each reporting over a 100 cases, according to a graphical representation by the NBS, as the statistical agency did not provide exact numerical values of corruption cases in other states besides
President Buhari assumed office as president in May 2015 vowing to intensify eliminate corruption and set Africa’s largest economy on a path of sustainable development. His administration has since embarked on prosecution of persons alleged to have looted public funds, using the anti-corruption watchdog, the Economic and Financial Crimes Commission.
It may not be entirely true to assess President Buhari’s anti-corruption fight of corruption based on the NBS data alone since the figures reflect barely one year of his presidency. However, the 2017 Corruption Perception Index released in 2018 by Transparency International, placed Nigeria as number 148 among 180 countries, from 136 in 2016, showing a retrogression of 12 places.
“The initial optimism that accompanied the Buhari’s government following his anti-corruption agenda appears to have waned and this is not unconnected to the observed delay in prosecuting corrupt officials who are members of his parties,” an analyst who does not want to be mentioned because of the sensitivity of the matter, said.
The NBS report said that Adamawa, Edo, Enugu, Rivers, Anambra and Imo states all recorded declines in corrupt cases, while there were no cases recorded in both Jigawa and Yobe states.
The report further shows that in terms of percentage distribution of bribes in Nigeria by types of request, direct request from the officials came top at 65.4 percent, while indirect request of payment by officials came next at 19.9 percent.
Bribe request where nobody asked for it, that is, a bribe request done willingly to facilitate/accelerate the procedure, was next at 8.2 percent, the report said.
The report also said that almost 70 percent of bribes were paid before service was delivered, while 13.5 percent were paid after service was delivered.
The percentage of bribes collected at the same time that the service was delivered was 10 percent, while those who paid partly before/ after the service was delivered were 2 percent.
Gbolahan Ologunro, an equity research analyst at Lagos-based CSL Stockbrokers said, “tackling corruption will require strengthening of the judicial system in ensuring the speedy resolution of corruption cases; improved computerisation in procedures required in obtaining important documents so as to reduce face-to-face contact between officials and the populace.
“In addition, there is the need for government to implement policies that will enable the people exploit opportunities in the business environment to improve their standard of living which might act as a deterrent to engaging in corrupt practices.”
Former Nigerian President Goodluck Jonathan at the launch of his book “My Transition Hour” last year boasted that the country is more corrupt in 2018 than it was when he handed over to the Buhari’s administration in 2015.
Technocrats and activists have also raised eyebrows against the incumbent’s fight against corruption, saying it is mainly targeted at the opposition.
Shehu Sani, senator representing Kaduna Central, captured this feeling when he said, “When it comes to fighting corruption in the National Assembly, the Judiciary and in the nation at large, the President uses insecticide, but when it comes to fighting corruption within the Presidency, they use deodorants.”
While President Buhari has maintained his stance on the fight against corruption, the opposition People’s Democratic Party (PDP) has contended that “fighting corruption,” is not an economic policy.
Its Vice Presidential aspirant, Peter Obi, at the recent debate said: “You cannot lock your shop and start chasing criminals.”
Bent on showing how firm the current administration is on the fight against corruption, Nigeria’s Vice President, Yemi Osinbajo responded: “If you allow criminals to steal the inventory in your shop, you’d soon have no shop.” 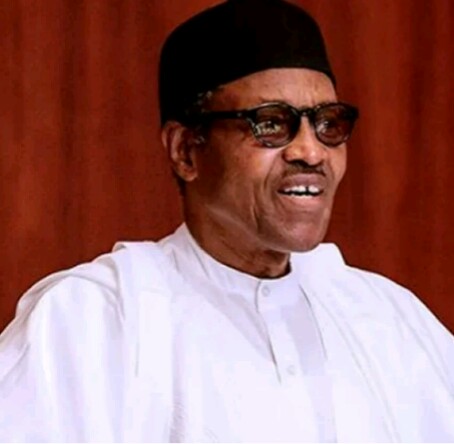