If We Expose Those In Buhari Govt, They'll Not Only Go To Jail, They'll Go To Hell - Obasanjo

Posted by elitism6 on January 23, 2019
Former President, Olusegun Obasanjo has once again attacked President Muhammadu Buhari insisting that people in the present government will go to hell. 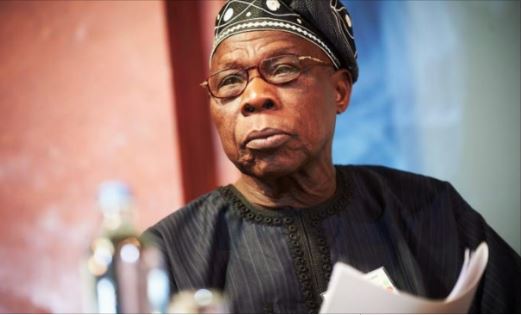 Olusegun Obasanjo
According to a Punch Metro report, former President  Olusegun Obasanjo has said those in the present administration will not only go to jail, they will go to hell if their corrupt acts are exposed.
He also explained why he forgave an ex-Vice-President and Peoples Democratic Party’s presidential candidate, Atiku Abubakar, in an interview with the BBC Yoruba monitored by Punch Metro.
Comparing Atiku with President Muhammadu Buhari, Obasanjo said his former deputy, though not a messiah, was far better than the incumbent President.
He said, “What I am saying is that where we are today; our present situation, if you look at those who are there today and our boss (Buhari), I insist that Atiku will do better than them.

“This is not a prophecy. Those in government today, if we expose them, all of them will enter hell; they will not only go to jail.  They will go to hell. Whoever that God does not expose his sins to the public is the person whose secret is kept.”

Obasanjo, however, said he was not privy to the plans of Atiku if he became Nigeria’s next President.
He said, “I did not say he (Atiku) will behave like Jesus.  I did not say he will behave like Prophet Muhammed, but he will do better, in fact twice better than  what we have at present.”
Obasanjo said the President’s performance in the area of the economy was worse than his assessment of his (Buhari) knowledge of the economy in 2015.
The ex-President said Atiku was not an angel but he had atoned for his sins when he came to him in Abeokuta and sought forgiveness.
He said, “Those who talked about what I said about Atiku, what about what I said about Buhari? His performance is even worse than what I thought.