BBTM warns PDP and others to leave Amina zakari alone

Posted by Stanley Onyechere on January 04, 2019

Our attention has been drawn to the baseless arguments advanced against the redeployment of the National Commissioner of the Independent National Electoral Commission (INEC), Mrs. Amina Zakari to head INEC's Committee on Collation Centre in the coming Presidential election by the opposition Peoples Democratic Party, 12 other political parties and the Ohaneze Ndi-Igbo.
We found the hoopla raised against her appointment as unnecessary as there is no convincing evidence to support the imaginary claims that she would compromise results of the coming Presidential election to favour the incumbent President Muhammadu Buhari.
In any case, Mrs. Zakari has never used her privileged position for personal reasons in the past and has never been found wanting of her task and we therefore wonder why the latest conspiracy against her person, personality and character?
The only reason advanced against her appointment is the alleged claim that she is a niece of Mr. President; a position she has never abused since President Buhari came to power in 2015.
We also view the gang-up against INEC by PDP and it's allies as an attempt by the party to install their anointed person in INEC who will rig the polls to their favour come February 16.
We therefore urge INEC to ignore the clandestine conspiracy against Mrs. Zakari by the PDP and it's allies in the media as that is another failed attempt by the party to rig the election.
Signed,
Mr. Ibrahim Abubakar,
National Publicity Secretary,
Buhari For Better Tomorrow Movement 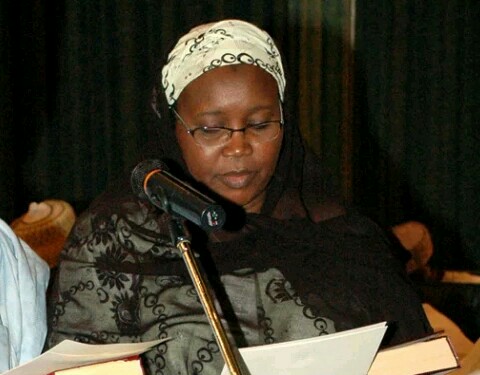