CUPP demands mental test for Buhari, Atiku and other presidential candidate in the 2019 election

Posted by Stanley Onyechere on December 31, 2018

The Coalition of United Political Parties on Sunday said President Muhammadu Buhari; former Vice-President Atiku Abubakar and all other candidates contesting the 2019 presidential election should be subjected to mental health test.

It said the test should be conducted by an independent team of experts in mental health issues.

The coalition’s demand was contained in a statement by its first national spokesman, Imo Ugochinyere.

Ugochinyere said the test was necessary in order to ascertain the state of the mental health of the presidential candidates “so that any person who does not pass the examination should not be allowed to participate in the election.”

He stated, “A country of about 200 million people cannot be living and thriving under the situation of being in doubt of the mental stability of the man who holds their mandate to lead and who is seeking an extension of that mandate.

“The international community is also expressing a similar doubt, hence their reactions to the economy and the withdrawal of their businesses from the country. At no other particular time in the history of Nigeria has the number of businesses that closed down in the almost four years of the Buhari presidency happened before in Nigeria.

“It is on these premises that we demand an independent team of experts in mental health issues to examine President Muhammadu Buhari and indeed all other presidential candidates to ascertain their mental stability before the polling day so that any person who does not pass the examination should not be allowed to participate in the election.”

He said CUPP had secured the assurances of Atiku, who is contesting the election on the platform of the Peoples Democratic Party, to subject himself to the medical test for the general interest of Nigeria.

He added, “CUPP also calls on President Buhari to face the Nigerian media and stop holding them in disdain as they are professionals and are renowned world over for their expertise.

“How could a President not speak to any Nigerian media house or journalist for over three years? How could a President hold his entire country’s media and citizens in such disdain that he speaks to them only through a crowd of spokespersons many of who have questionable characters and mostly dish out fake news to citizens?

“Was this directive not also part of the confessions of the wife of the President when she named persons who were with her who were not going to be happy if she went outside the already prepared speech?

“Nigerians want to know the identities of the persons that write these speeches, their ideologies and their stake in the Nigerian project because many a time, the President reads speeches that are not in tune with the reality as he did during the presentation of the 2019 budget and was rightly booed by the lawmakers.

“This medical examination is very necessary and all Nigerians of goodwill should join this call for the unveiling of the real facts behind this façade presented to Nigerians.”

But the spokesperson for the President Muhammadu Buhari Campaign Organisation, Festus Keyamo (SAN), asked CUPP to present their adopted presidential candidate, Atiku, for public mental testing first if they were desirous of any response.

He said, “They should first check the mental status of their candidate (Atiku) for corruption before they could ask other presidential candidates to submit themselves for mental testing.

“They should first check his brain as to why he needed to steal so much as a public officer and what he needed all that money for. Corruption and penchant for stealing is a kind of mental disease. He should publicly subject himself to testing; then we may consider them.”

However, the PDP said its presidential candidate was ready to take part in the mental health test.

The party said part of the test was the expected presidential debate, which it said its candidate would use to answer all questions to the “satisfaction of Nigerians and the voters.”

The National Chairman of the PDP, Prince Uche Secondus, who spoke with one of our correspondents, said, “You know we have a presidential candidate that is ready to satisfy the yearnings of the majority of Nigerians.

“If submitting to mental test is what Nigerians want, Atiku Abubakar is ready and we, as a party, will back him.” 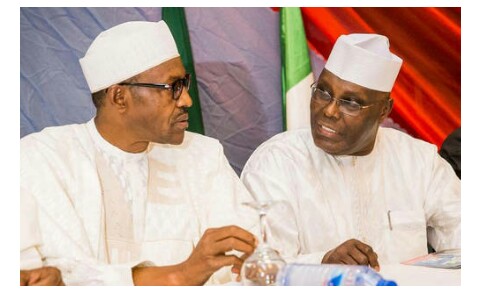