Onu, Okorocha at war over Buhari’s support groups in S-East 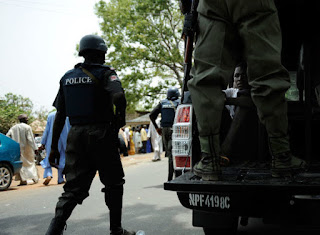 By Peter Okutu
ABAKALIKI —A faction of the All Progressives Congress, APC, in Ebonyi state yesterday floated a splinter campaign platform different from the South East for Buhari, SEB, making wave across the region.

It described the campaign movement headed by the Imo state governor, Rochas Okorocha as a pressure group that is inferior to the new group.
The State Publicity Secretary of the faction loyal to the Minister of Science and Technology, Dr. Ogbonnaya Onu, Mr Chika Nwoba claimed that his group will hold a mega rally in Abakaliki on August 4, which was why SEB had to postpone its rally to August 11.
The rally, according to a statement issued by Nwoba, would attract President Muhammadu Buhari; APC national chairman, Adams Oshiomhole and his NWC; Onu; former Abia state governor, Orji- Uzor Kalu; oil magnate, Samson Uche Ogah; Senator Hope Uzodimma; former Ebonyi governor, Martin Elechi and other stakeholders from the South east zone.
Other APC personalities like Senator Julius Ucha, National Coordinator of Initiatives for Demonstrating Change, Comrade Chinedu Ogah and Senator Azu Agboti dissociated themselves from the group, describing the rally as misleading, mischievous and an attempt to sabotage the fortunes of APC in the state.
The rally has generated controversies and backlashes from SEB and the Ucha’s faction of the Ebonyi State Working Committee of APC led by Dr. Sylvester Nwambe.
In his statement, the Director of Media and Publicity, SEB, Dr Steve Egbo noted that though President Buhari is a leader everyone respects and follows and people are free to express their support in various forms and guises, it was important to warn such groups not to engage in deliberate misinformation of the public or in an act that portrays them as enemies to the general interest.
He noted that the period now was not for impetuosity and grandstanding as the business of re-electing the president had commenced and those who wish to constitute clogs in the wheel of progress should desist from further mischief.
“SEB is an open movement aimed at mobilizing the Igbo nation along the path of reason. All these renegade groups should eschew the spirit of bitterness and rancour and join the SEB efforts. They can be sure they would be adequately accommodated.
“The general public and all parties concerned are by this notice advised to discount other information or misinformation purporting an APC rally anywhere in Ebonyi state on August 4th because such a rally does not have the approval of the national chairman or the major stakeholders.”