The election of bishop's court alliance, one of biggest Student's confederations in Imo state university, was Saturday 4th August declared inconclusive following overshadowing circumstances and the alleged blackball of minor hostels in the middle belt region of the alliance. 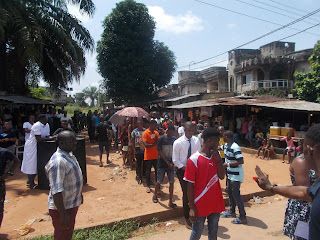 The election was peaceful; electorates obeyed the rules until the issue of signature forgery after electorates has voted their favorite candidate. It is unprofessional and against the ethics of electoral act to bring up propaganda after shutting the electoral door of campaign and propaganda, a night to the election, an observer said.

It was alleged that a front line presidential candidate, Mr. Uzoma Promise (Avalon) had forged the signature of his faculty dean while filling the election form. The election had only two contenders for the presidential post while other offices were unopposed.

Speaking to news men at the election venue, the electoral chairman, Mr. Ifeanyi Jesse said "it's a case of impersonation, one of the presidential aspirant impersonated the signature of the faculty dean, it's a very serious offense which stands the risk of disqualification, although the report came late based on the confirmation" he said.

On the decision of the electoral committee, he said "judging by the evidences, the votes won't count".

The accused person, cmrd Avalon has responded saying it's a mere political propaganda maintaining that the signatures were authentic noting that he contested for IMSU SUG and had familiarized himself with his dean to start having signature issues now.

The election was declared inconclusive by the electoral chairman Mr. Jesse after counting the casted votes and Comrade Avalon topped with 389 votes, while the runner up had 296 votes. Total ballot of 840, 151 un-used, 4 void.

Reacting to the Signature forgry, a student of Imo state university who resides in the area, Mr. Kennedy Ugorji said

"My opinion about the matter is that this is not an ordinary election..if they really wanted a free and fair election..the signature and other things would have been checked before the election started...but unfortunately the issue was not tackled early".

More so, another student residing in one of hostels in the alliance, Mr. Chigozie Lazarus who doubles as departmental president opted

"The election has been declared inconclusive, now the Electoral committee and other necessary body are to investigate if it was really a forgery or something else... If it’s a forgery the Electoral body now need to do what is needed to be done in such cases buh if otherwise he should be declared d winner". 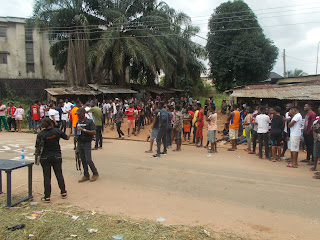 "There is nothing they can do about that as it was discovered after voting and counting".

"I will say that d election was free and fair, and according to statistics comr.Avalon won d election..The issue of forgery of avalon dean's signature is something else.. Yes we all know that forgery x an offense but to be critical I will blame d electoral committee for their negligence in finding out on time..He went through screening, manifesto, yet d didn't disqualified him..not until the vote has been counted, and it was obvious that he won..d chairman of d electoral committee declared it inconclusive".

Meanwhile, students were seen jubilating after Avalon topped the list, pictures from the election and jubilation speak more. 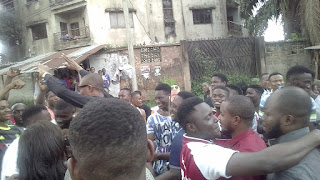 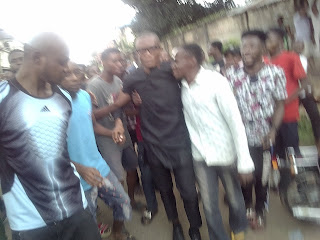