Posted by elitism6 on August 05, 2018
A suspected thief who was dressed as a priest, has been nabbed after his intention was found out in Owerri. 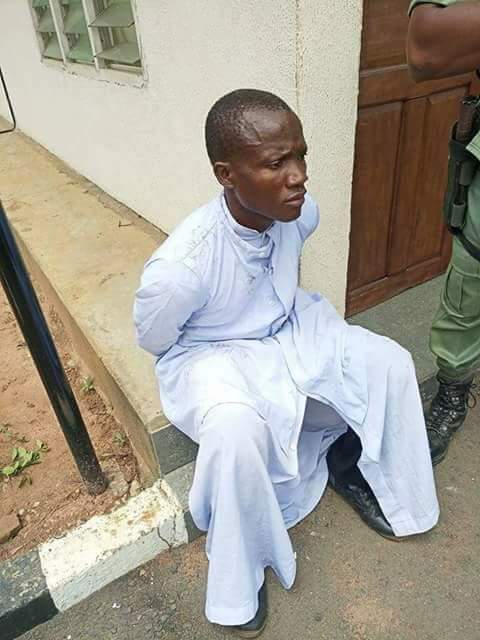 The young man was nabbed
After dressing up as a priest to steal, a criminal suspect has been nabbed in Imo State.
The young man was drilled by men of the Nigerian army after he was nabbed yesterday during a priestly ordination at Maria Assumpta Cathedral in Owerri.
Local reports show that the suspect was about to steal a car at the venue of the ordination when he was apprehended by people at the event.
He was promptly handed over to soldiers while dressed in his a priestly garment. 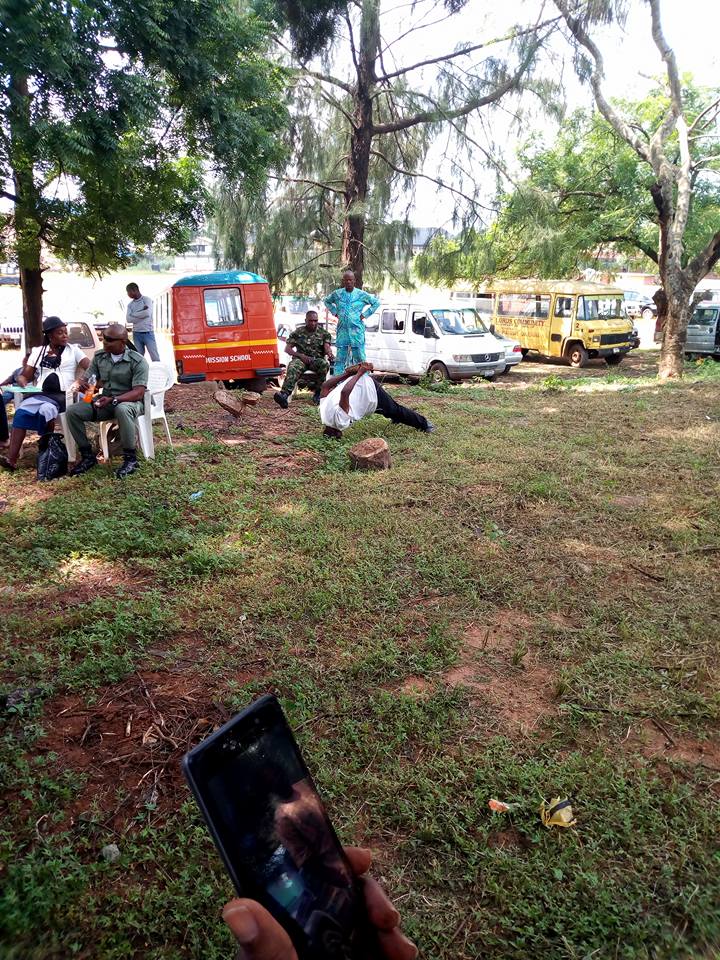 He was made to serve punishment after being caught
After being drilled by the soldiers at the venue, he was handed over to the police for further interrogation. 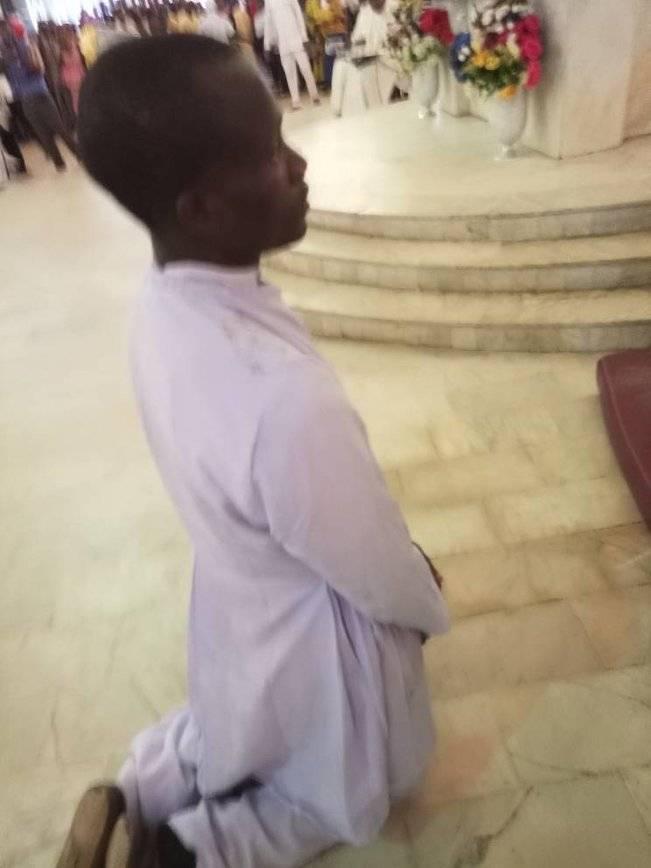