Young Bride Live-Streams Her Own Wedding On Facebook... What Happens Next Is Shocking (Photos)

Posted by elitism6 on July 27, 2018
A happy woman who decided to live-stream her lavish wedding on social media, has been left with a huge shock afterwards. 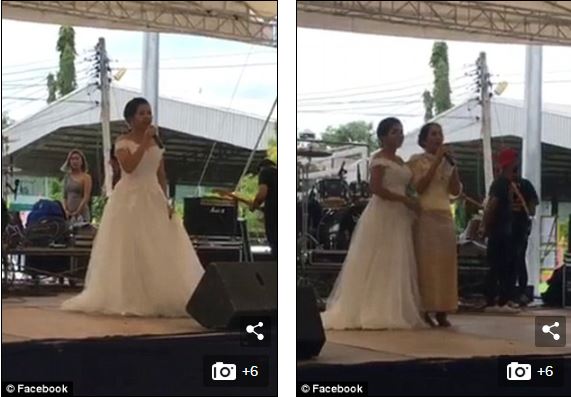 The woman was left alone at the altar
A young bride decided to live-stream her extravagant wedding day on social media, only to find herself abandoned at the altar after the groom got cold feet.
Manow Jutathip Nimnual was set to marry her husband-to-be Phakin Junjerm, 20, in a lavish ceremony in Thailand on July 22.
But the 24-year-old was left stranded alone at the altar in front of their family and friends after he failed to show up on their special day.
And to make things more awkward, the heartbroken bride had to break the news herself to the guests that the groom had 'run away', The Bangkok Post reported. 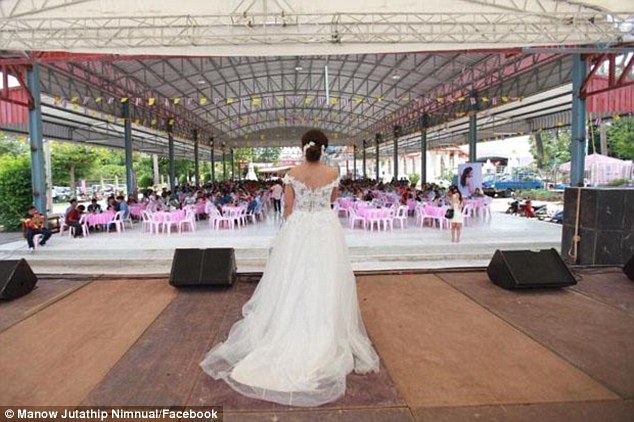 Standing on stage in a white wedding gown, Ms Nimnual thanked her family and friends for attending the ceremony before announcing she was ditched at the altar.
She then reportedly apologised sincerely to her guests because she felt she had not taken 'good enough care of them'.
The video shows the devastated woman standing alone on stage before she was comforted by a woman before she spoke to her guests via a microphone
Footage of the excruciating moment she realised she was stood up was live-streamed and then posted onto her Facebook page. 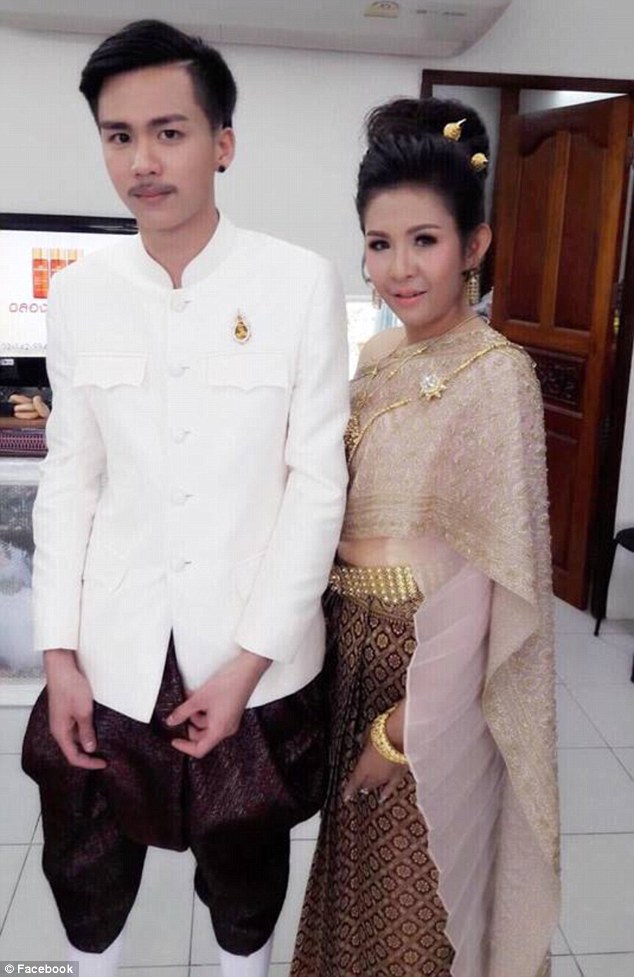 The woman and her man who left her
The five-minute video has since attracted more than five million views, and a significant amount of sympathetic and supportive messages from around the world.
The young woman was really looking forward to her big day, with social media pictures showing the extreme lengths they had gone through to organise the event.
Besides having a pre-wedding photoshoot, the couple were also featured on a giant billboard ahead of their nuptials.
Diaspora viral wedding