Posted by elitism6 on July 28, 2018
Popular actress, Chika Ike has opened up on how growing up and not having much has pushed her to become the successful woman she is today. 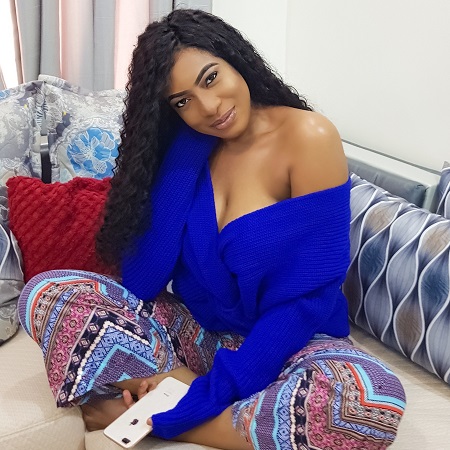 Chika Ike
Popular Nigerian actress, Chika Ike has said she works hard because she grew up with nothing, also revealing that she she once battled with low self-esteem and hopelessness.

According to Punch Nigeria, Chika Ike while revealing the circumstances behind her birth and upbringing in a press conference, Ike said she came from a poor background.
She said; “I didn’t have a good relationship with my father growing up because he wanted a male child. Those made me understand as a child that you have to fight for yourself because it is about you alone at the end of the day.

“People think I like money, the fear of failing makes me work hard. I always push myself to succeed and be the person everyone doubted me to be.

"When I was little, people would ask me what gave me the impression I could become successful in life. I once struggled to pay my rent and I have been turned down by people many times.

"I didn’t get here because I am beautiful or an actress; I kept pushing myself. I do things that you will never think I can do; nobody thought I would be given an admission at the prestigious Harvard Business School.”
She also said she was aware that everyone had a limited time to spend on earth, saying she had decided to live like there was no tomorrow. She added;

“I have been through a lot in my life; I have my ups and downs. I try to have a good life because life is too short. I lost my mother when she was still very young, which made me realise that we cannot live as long as we want. You don’t even know what can happen tomorrow; so, you have to embrace every moment.”
entertainment