Posted by elitism6 on July 31, 2018
World famous football star, Cristiano Ronaldo, has met with his new teammates at Juventus for the first time since signing for the club. 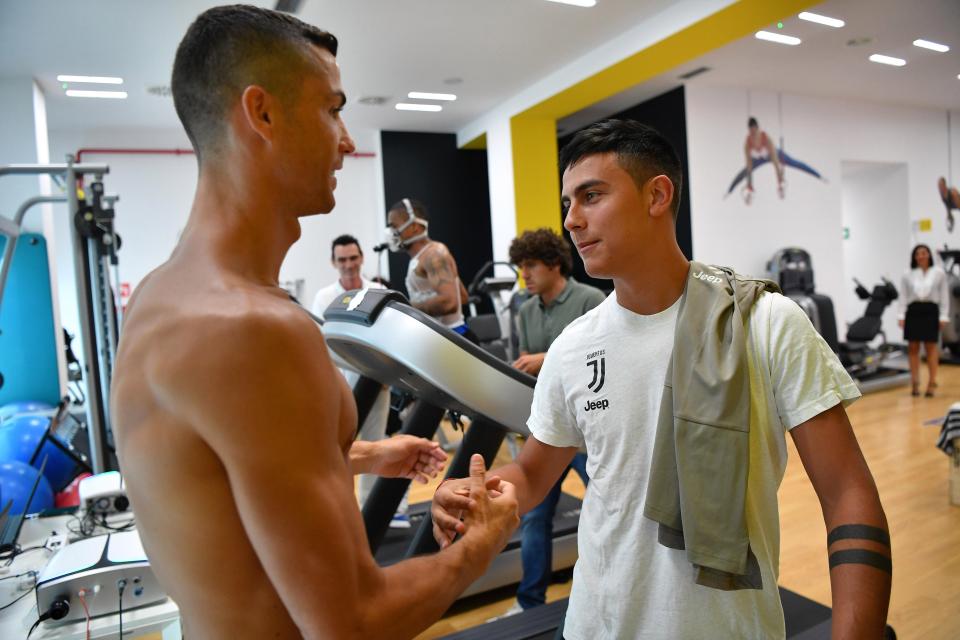 Cristiano Ronaldo met with his new teammates
Cristiano Ronaldo met his new Juventus team-mates for the first time as preparations ahead of the new Serie A season got underway.
The £90million sensation met with fellow strike partners Gonzalo Higuain, Paulo Dybala and Juan Cuadrado as the quartet plot their quest to fire the club to silverware. 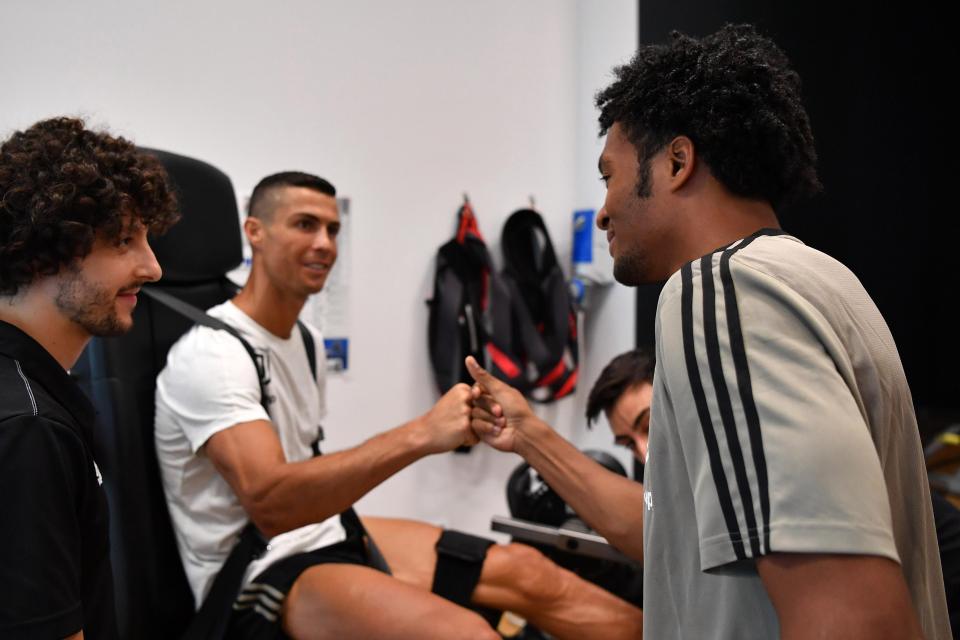 The Portugal ace was the centre of attention at the club's training ground
Juventus' World Cup stars finally reported back for pre-season and they wasted no time undergoing medicals.
Ronaldo and Co were strapped to the latest technology and were put through their paces on the treadmill. 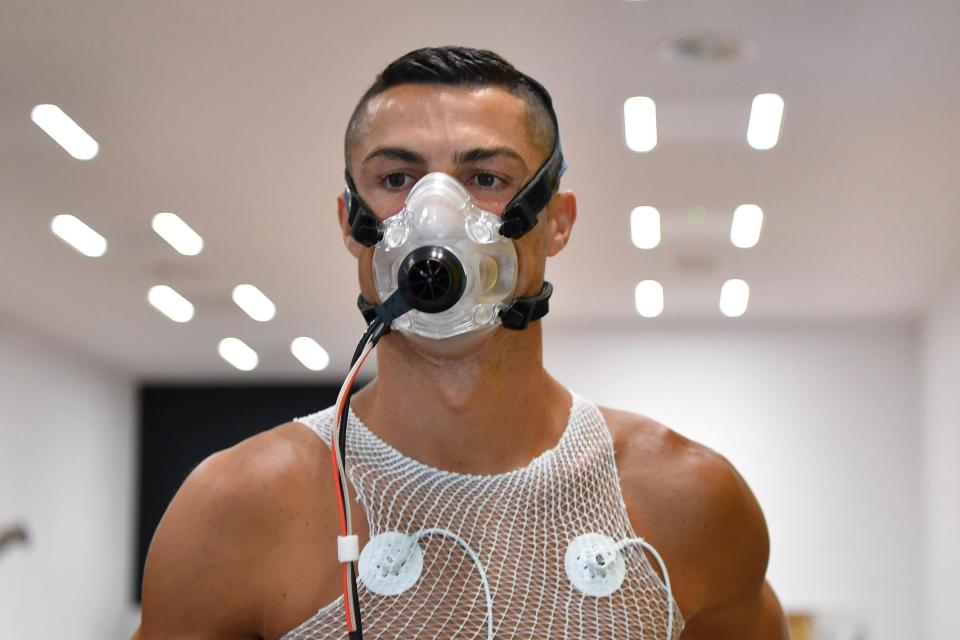 Ronaldo was put through his paces as pre-season gets in full swing
And he it appears he has already found the perfect spot to relax after moving into his new jaw-dropping Turin villa complete with a swimming pool, huge garden and private gym.
Ronaldo's pad is perfectly in keeping with his lifestyle of luxury and fitness. 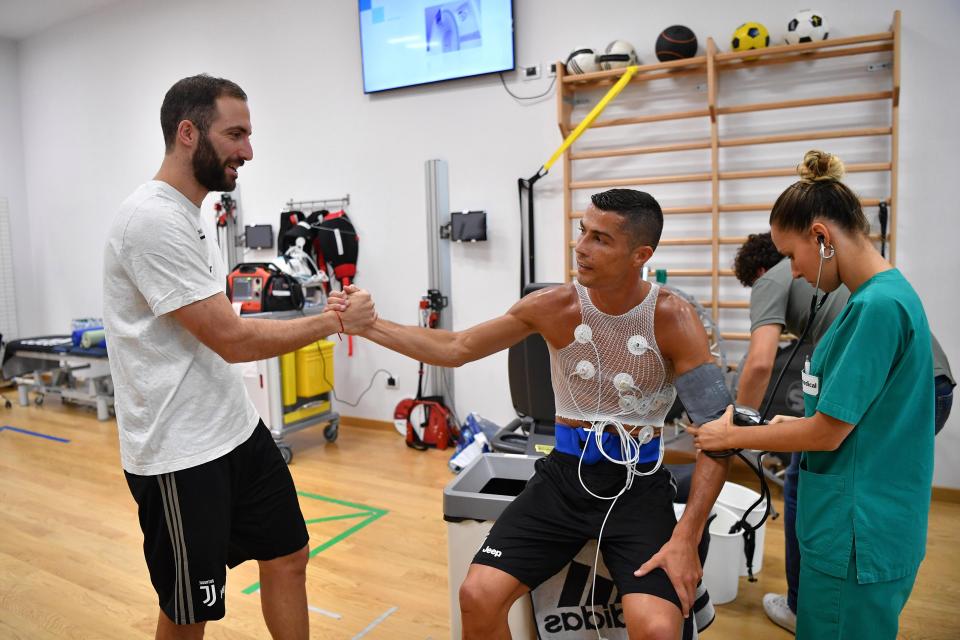 Ronaldo looks likely to be Gonzalo Higuain's replacement in attack 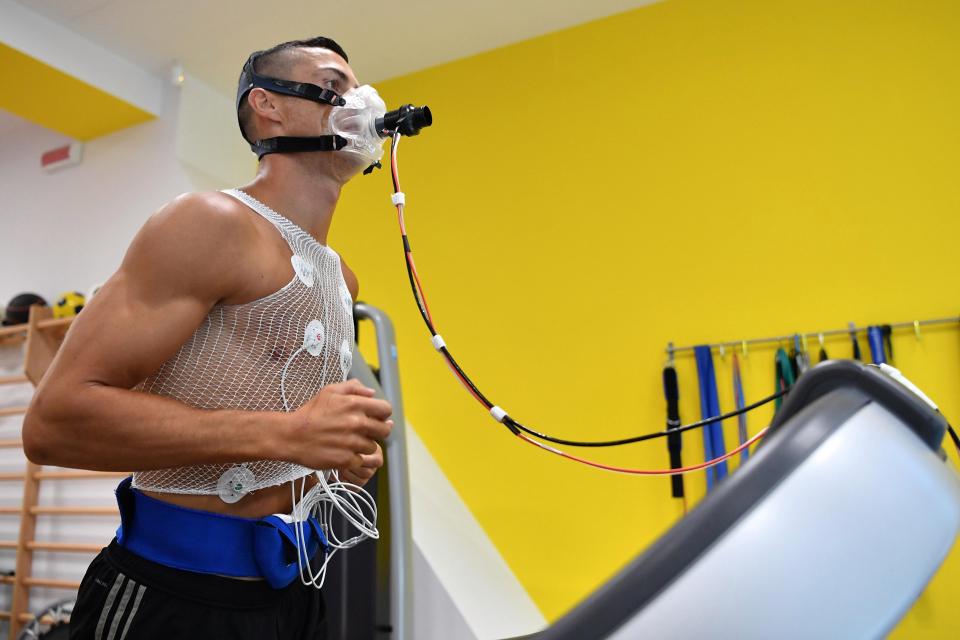