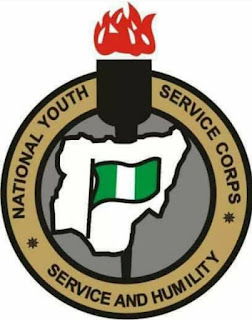 The Director-General of National Youth Service Corps (NYSC), Brigadier General Suleiman Kazaure has announced that the Federal Government will soon announce an upward review of Corps members allowances from the present N19,800 earned during the compulsory service year.

Also announced by Brig. Gen. Kazaure is the provision of tight security around Corps members deployed to serve as ad-hoc staff during the 2019 general election, assuring them of safety during the polls.

The Director-General of National Youth Service Corps (NYSC), Brigadier General Suleiman Kazaure, who made this known at the weekend in Kaiama community of Kolokuma/Opokuna local Government Council Area, while addressing 1,595 Corps Members comprising 852 males and 743 Females, deployed for 2018 Batch “B” Orientation Course challenged Corps Members to utilize the opportunities of the service year to empower themselves towards becoming wealth creators.

According to Kazaure, the NYSC introduced Skills Acquisition and Entrepreneurship Development programme into the Orientation Course content in order to enable Corps Members become job creators and not job seeker. He,said the era of salaried jobs has gone which has rendered millions of youths unemployed across the country.

The NYSC boss said diligence, loyalty, patriotism and self-determination are essential ingredients that every potential successful entrepreneur must abide with.

Speaking further, he urged the Corps Members to add value to their host communities by providing their felt needs through developmental projects.

“Don’t leave your host communities at the end of the service year without adding value to them. Try and leave good legacies and also remember to add value to yourselves as you continue your service year”, Kazaure said.

The NYSC helmsman during the visit urged the Corps Members to avoid night parties, lone movements and unnecessary journeys.

Earlier on her speech, the Bayelsa State Coordinator, Mrs Bolade Lotto called on the State Government to complete the proposed Permanent Orientation Camp because the present camp is an existing Secondary School that lacks some basic amenities.

She commended the Commander, Headquarters 16 Brigade, Nigerian Army Elebele and the Branch Controller, Central Bank of Nigeria, Yenagoa, for supplying water to the camp on daily basis.

On the training of Corps Members in Martial Arts skills for self defence against cultists attacks and other violent crimes in the states,the State Coordinator, Mrs. Lotto Bolade Omolayo, said though the Corps Members have been encouraged to respect cultures and ways of their host communities ,the martial arts skills is to enhance self defence skills in the event of any security challenge they may encounter during the service year.